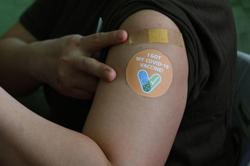 A city hall employee (left) is taking part in a vaccination simulation in Manila ahead of the expected arrival of coronavirus vaccines in the capital city next month, - AFP

MANILA, Jan. 24 (Xinhua): The Department of Health (DOH) of the Philippines reported 1,949 new Covid-19 cases on Sunday, bringing the total number of confirmed cases in the South-East Asian country to 513,619.

The death toll climbed to 10,242 after 53 more patients died from the viral disease, the DOH said.

The agency added that the number of recoveries surged to 475,612 after 7,729 more patients recovered.

The Philippines, which has about 110 million population, has tested over 7 million people since the disease emerged in January last year.

The inter-agency coronavirus task force of the Philippines has ruled that all incoming passengers will be tested upon arrival and quarantined until the result of the subsequent test administered on the fifth day is released. Health Undersecretary Maria Rosario Vergeire said an added measure is put in place to ensure a "more accurate" coronavirus testing, citing cases of some passengers that tested negative upon arrival but tested positive a few days after released from the quarantine.

"We need to prevent this and avoid this to happen," Vergeire said over the weekend.

She said the viral load in Covid-19 patients peaks on the fifth to the seventh day of the infection, whether asymptomatic or symptomatic.

The DOH has intensified biosurveillance to detect all new coronavirus strains and contain their spread. It found at least 17 cases of fast-spreading coronavirus variant first identified in Britain. 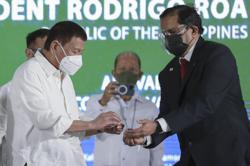 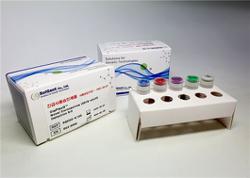