BEIJING, Jan 23 (China Daily/ANN): Xi Jinping, general secretary of the Communist Party of China Central Committee, underlined the importance of exercising full and strict governance over the Party and a steadfast political direction in ensuring the implementation of goals and tasks set out in the 14th Five-Year Plan (2021-25).

Xi, China's president and chairman of the Central Military Commission, made the remark at the Fifth Plenary Session of the 19th CPC Central Commission for Discipline Inspection, China's top discipline watchdog. The annual session is being held from Friday to Sunday (Jan 22-24) in Beijing.

As this year marks the beginning of the five-year plan and the start of China's new journey in building a modern socialist nation, it is important to act on the principle of exercising strict governance over the Party and maintain a political orientation with an unwavering attitude, unrelenting determination and unremitting standards, he said.

Xi underscored that improving the Party style, boosting clean governance and the fight against corruption is a journey to which there's no end.

The CPC, as a major party with a centenary history, must ceaselessly move forward with work in this regard if it is to forever preserve its advanced nature, purity and vitality, he said.

He urged officials at various levels, especially leading officials, to assume their political responsibility in Party governance, always maintain a soberness in standing up to tests and stay alert against corruption and being lured into corrupt acts.

He reiterated the significance of continuing to enhance the Party's ability to purify, improve and reform itself so that it can guide and ensure that the journey of socialism with Chinese characteristics moves forward steadily. 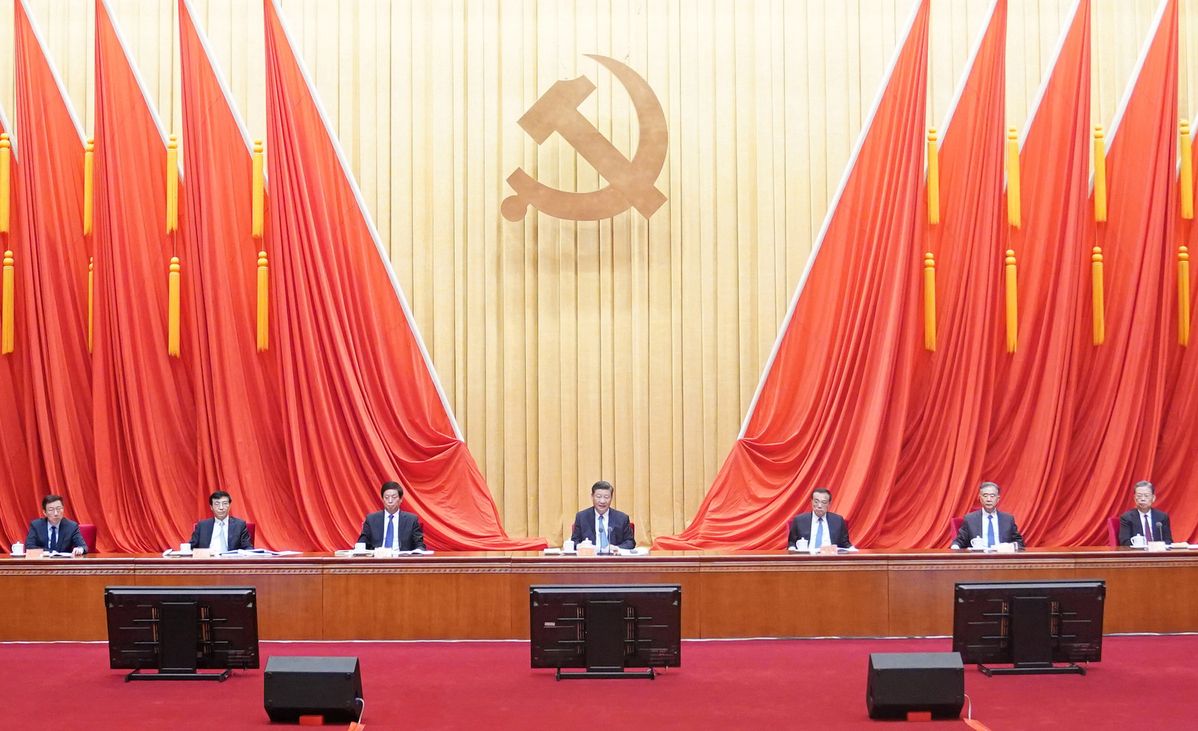 In his remarks, Xi recalled an extraordinary year in the history of New China in 2020, saying that the people have felt keenly that the Party's firm leadership and the authority of the CPC Central Committee proved to be the most reliable in the face of difficult circumstances.

He stressed the need to improve political judgment, understanding and execution in exercising full and strict governance over the Party.

Corruption remained the largest risk threatening the Party's governance, and political and economic issues are becoming intertwined, posing threats to the political security of both the Party and the nation, he said.

He went on to say that traditional and new types of corruption are also mixed up and corrupt behaviors are becoming more elusive and complicated.

Xi warned that the fight between corruption and anti-corruption will continue to exist over the long term and any complacency could mean forfeiting all previous endeavors, saying that forging ahead in spite of difficulties is the only option during the anti-graft fight.

He urged financial regulatory bodies and local authorities to assume their responsibility and better align anti-graft endeavors in the financial sector and the diffusing of financial risks in a bid to enforce stronger oversight and internal governance in the sector.

Xi called for resolute action to target the practice of formalities for formalities' sake and bureaucratism, with steps to promote the Party's fine tradition and education in its work style.

Continuous effort must be made to crack down on corruption at the primary level so that the people will have a greater sense of gain during the anti-graft process, he said. - China Daily/Asian News Network