People standing outside the entrance of India's Serum Institute where a fire broke out in a building in Pune on Friday (Jan 21, 2021). Five people died as a fire tore through a building in the world's biggest vaccine manufacturing hub in India on Jan 21, but the company insisted that the production of drugs to counter the Covid-19 coronavirus pandemic would continue. - AFP

NEW DELHI, Jan 22 (AP): At least five people were killed in a fire that broke out Thursday (Jan 21) at a building under construction at Serum Institute of India, the world’s largest vaccine manufacturer, officials said. The company said the blaze would not affect production of the Covid-19 vaccine.

Murlidhar Mohol, mayor of Pune city in southern Maharashtra state, said five bodies were found in the rubble after the flames were extinguished by firefighters.

Mahol said the victims were probably construction workers. He said the cause of the fire had not been determined and the extent of damage was not immediately clear.

Serum Institue of India's CEO, Adar Poonwala, said he was "deeply saddened” by the loss of life.

He said there would be no reduction in vaccine manufacturing because the company has other available facilities.

The company said the fire was restricted to a new facility it is constructing to increase the production of COVID-19 vaccines and ensure it is better prepared for future pandemics.

It said the fire did not affect existing facilities making COVID-19 vaccines or a stockpile of around 50 million doses.

Images showed huge plumes of smoke billowing from the building and dozens of company workers in lab suits leaving the compound as firefighters worked to extinguish the blaze.

Serum Institute of India is the world’s largest maker of vaccines and has been contracted to manufacture a billion doses of the AstraZeneca/Oxford University vaccine.

Poonawalla said in an interview with The Associated Press last month that it hopes to increase production capacity from 1.5 billion doses to 2.5 billion doses per year by the end of 2021. The new facility is part of the expansion.

Of the more than 12 billion coronavirus vaccine doses expected to be produced this year, rich countries have already bought about 9 billion, and many have options to buy even more. As a result, Serum Institute is likely to make most of the vaccines that will be used by developing nations. 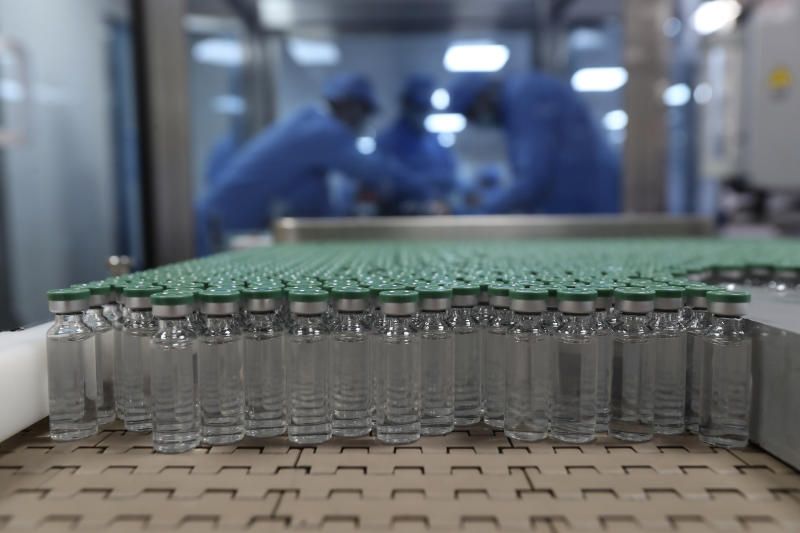 Menwnhile, India's Covid-19 tally rose to 10,625,428 on Friday as 14,545 new cases were registered during the past 24 hours, said the latest data from the federal health ministry.

According to the official data, the death toll mounted to 153,032 as 163 Covid-19 patients died since Thursday morning.

There are still 188,688 active cases in the country, while 10,283,708 people have been discharged so far from hospitals after medical treatment. It was the first time on Wednesday, in nearly seven months, when the number of the active COVID-19 cases in the country fell below the 200,000-mark.

Last Saturday was a crucial day in India's fight against the pandemic as the nationwide vaccination drive was kicked off during the day.

So far nearly 1 million people have been administered the vaccine doses across the country.

Meanwhile, the federal government has ramped up Covid-19 testing facilities across the country, even as over 190 million tests have been conducted so far.

As many as 190,148,024 tests were conducted till Thursday, out of which 800,242 tests were conducted on Thursday alone, said the latest data issued by the Indian Council of Medical Research (ICMR) on Friday.
Article type: metered
User Type: anonymous web
User Status:
Campaign ID: 18
Cxense type: free
User access status: 3 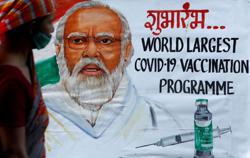