BANDAR SERI BEGAWAN (Xinhua): Bilateral cooperation between China and Brunei in various fields had continued to develop and expand in the year 2020, Yu Hong, Chinese ambassador to Brunei, said here on Wednesday (Jan 20).

"From January to November 2020, the bilateral trade volume between China and Brunei reached US$1.72 billion, up 104.1 per cent year on year, while China's imports from Brunei increased by 415.2 per cent. Both growth rates rank the first among Asean countries in terms of trade with China," Yu said during the inauguration ceremony of the 42nd Board of Directors of the Chinese Chamber of Commerce Bandar Seri Begawan.

"2020 was an extraordinary year. In the face of the sudden outbreak of the Covid-19 epidemic, China and Brunei stood by each other to overcome difficulties," the ambassador said.

"The Chinese government, military, enterprises and the embassy have all actively supported Brunei's anti-epidemic efforts and offered sincere assistance.

"China and Brunei have not only effectively contained the spread of the epidemic, but also achieved positive economic and social development," she added.

"2021 marks the 30th anniversary of the establishment of diplomatic relations between China and Brunei. I hope that through the joint efforts of both sides, our bilateral relations will scale new heights," the ambassador said. 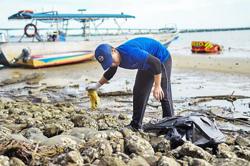