HANOI (Vietnam News/ANN): Vietnam has been named among the countries worldwide with the highest rate of cancer fatalities and new cancer cases, according to the World Health Organisation (WHO).

Most notably, the five most common kinds of cancer typically occur in the lung, liver, stomach, rectum, and breast.

According to the IARC, the cancer rate in developed countries remains higher compared to developing ones.

In relation to Asia, Japan took the lead for the highest cancer rates, followed by the Republic of Korea, Singapore, and China.

The top five Southeast Asian nations with the highest cancer rates were Singapore, Brunei, Laos, Thailand, and the Philippines.

Vietnam ranked 16th in Asia and sixth in Southeast Asia, with a cancer ratio rate of 159.7 for every 100,000 people.- Vietnam News/ANN 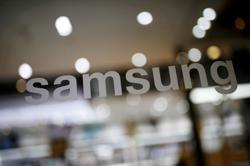