"This program is aimed to help reduce the cost of living for those low-income earners affected by the new outbreak,” Arkhom said. "The money circulating from government programs should help boost consumption, especially in grass-root economy.”

Thailand is battling a resurgence in coronavirus cases that began in mid-December and has spread to 61 of Thailand’s 77 provinces.

The new outbreak prompted government to impose localised restrictions on businesses and travel in areas that account for about 75% of nation’s economic output. 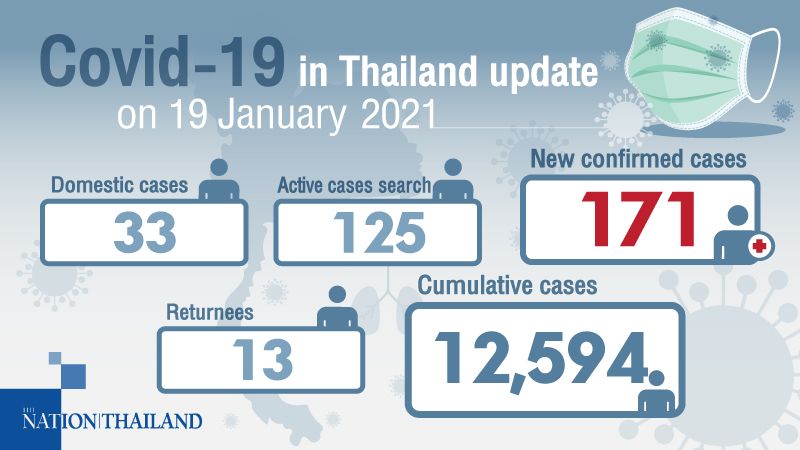 While authorities have extended some fiscal stimulus measures until the middle of the year, the central bank has offered debt relief measures to borrowers to deal with the hit from the latest outbreak.

Also, each beneficiary will get a a total of 7,000 baht through the programme.

Payment will be made weekly through the government’s e-wallet application and can be used in more than 1 million registered shops, including public transport, taxis and motorbikes.

Meanwhile, Thailand on Tuesday confirmed 171 new COVID-19 cases, mostly detected through active testing, according to the Centre for the COVID-19 Situation Administration (CCSA).

Of the new cases, 158 were domestic infections while 13 others referred to those who had returned from abroad and tested positive in this country, CCSA spokesman Taweesin Visanuyothin told a press conference.

Some 125 of the new cases were found via active testing among residents in Samut Sakhon province, where the latest outbreak was first detected, according to the CCSA spokesman.

Thailand has so far confirmed 12,594 infections, with more than 8,000 of these cases reported since mid-December and 61 of the country's 77 provinces and regions having active cases.