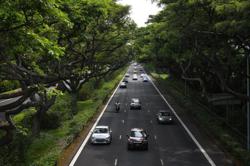 A view of an empty departure hall at Singapore's Changi Airport, Singapore on Monday (Jan 18, 2021). - Reuters

Vaccinating Singapore's 37,000 frontline aviation and maritime staff is seen as key to reopening borders of the island-state, which is preparing to host events such as the World Economic Forum's annual meeting and the Shangri-La Dialogue Asian security summit in a few months' time.

Singapore Airlines (SIA), in which state investor Temasek is the biggest shareholder, lacks a domestic market to cushion it against the coronavirus border closures which have shattered the aviation industry globally. It said last year it had cut 4,300 jobs, or around 20% of its staff.

"SIA (Singapore Airlines) can be the first vaccinated international airline of the world. Try to get that done," Transport Minister Ong Ye Kung told aviation workers at a vaccination drive at the airport on Monday.

More than 5,200 SIA employees have signed up to be vaccinated since staff started being inoculated last week, according to a memo sent to staff by CEO Goh on Monday.

An SIA spokesman said that represented about 50% of those eligible for the vaccine, which is being offered for free to residents by the government on a voluntary basis.

"Vaccinations are widely expected to be the game-changer in facilitating the opening of borders once again," Goh said.

"This will also be an important differentiator in the airline industry...I strongly urge everyone who is eligible to get vaccinated as soon as possible."

Unlike other mass vaccination programmes in the United States and Britain, Singapore is administering the jabs having largely contained the disease locally.

The plans have stirred rare hesitancy among some due to the low risk of infection and concern about any possible side effects from rapidly developed vaccines. Meanwhile, the Straits Times reported that There were 14 new coronavirus cases confirmed as at Monday noon (Jan 18), taking Singapore's total to 59,127.

There were 12 imported cases who had been placed on stay-home notice on arrival in Singapore, said the Ministry of Health (MOH).

They include two community cases and no cases from workers' dormitories.

It was also confirmed that the two community cases announced on Sunday (Jan 18) were linked to a Singapore Police Force para-veterinarian who was earlier confirmed to have Covid-19, forming a new cluster with four cases.

The first case, a 44-year-old Singaporean man, works as an administrative officer with the police at 2 Mowbray Road.

His case was picked up after special testing operations by MOH at his workplace last Friday following his colleague's positive test.

His test result returned positive the next day, and he was taken in an ambulance to the National Centre for Infectious Diseases.

A 44-year-old Singaporean woman in his family was the other community case. She also had symptoms but did not see a doctor.

MOH said she developed a fever and chills on Jan 9 and lost her sense of smell and taste last Wednesday, but had not sought medical treatment.

The housewife was contacted by MOH as part of contact tracing efforts last Saturday following her family member's positive test, and was tested when she reported having symptoms.

Her test result returned positive on Sunday, and she was taken to Ng Teng Fong General Hospital in an ambulance.

A total of 49 patients remained in hospital on Sunday, with none in intensive care, while 189 were recuperating in community facilities.

Singapore has had 29 deaths from Covid-19 complications, while 15 who tested positive died of other causes. 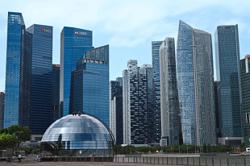