JAKARTA, Jan. 18 (Agencies): The death toll from a strong earthquake and floods in the central parts of Indonesia has risen to 96, with nearly 70,000 people forced to flee home and take shelter, the National Disaster Management Agency said Monday.

A total of 81 people were killed after the 6.2-magnitude quake and the 5.9-magnitude aftershock struck West Sulawesi province on Thursday and Friday, and 15 people were reported dead in South Kalimantan province as floods have hit the province since Jan. 14, the agency's spokesman Raditya Jati said.

The quakes have forced about 28,000 people to take shelter in 25 evacuation centers in West Sulawesi province's city of Mamuju and district of Majene, while the floods caused nearly 40,000 others to take shelter in South Kalimantan province, Jati said.

The number of houses damaged by the quakes rose to 1,150 units in the district, and five school buildings were also destroyed there, he said.

The assessment of risks of the quakes in the city and the district was still going on, Jati said.

Fearing the possibility of further spread of Covid-19 among the evacuees, rapid tests will be applied to them and the shelters for the displaced people will be separated from each other, according to the agency's head Doni Monardo. 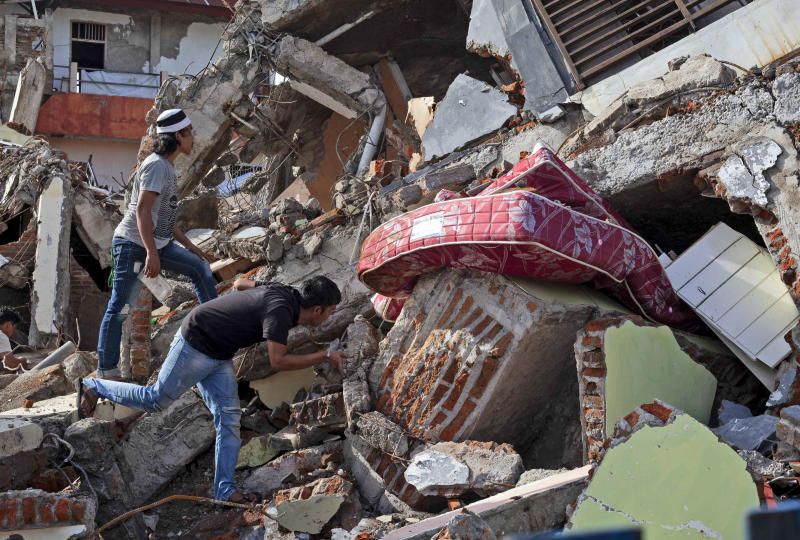 "There will be antigen tests to ensure that the evacuees have not been infected by the Covid-19 virus," Monardo said.

An emergency status has been declared there since Jan 14 and the risk assessment has been undertaken, he added.

The province has been hit by massive floods since Jan 14 after heavy rains pounded the area, according to the agency.

Meanwhile, aid was reaching the thousands of people left homeless and struggling after an earthquake that killed at least 81 people on an Indonesian island where rescuers intensified their work Monday to find those buried in the rubble.

More rescuers and volunteers were deployed in the hardest-hit city of Mamuju and the neighbouring district of Majene on Sulawesi island, where the magnitude 6.2 quake struck early Friday, said Raditya Jati, the National Disaster Mitigation Agency’s spokesperson.

He said a total of 70 people died in Mamuju and 11 in Majene, and about 27,850 survivors were moved to shelters. Nearly 800 people were injured, with more than half of them still receiving treatment for serious injuries.

Water, which has been in short supply, as well as food and medical supplies were being distributed from trucks. The military said it sent five planes carrying rescue personnel, food, medicine, blankets, field tents and water tankers.

Volunteers and rescue personnel erected more temporary shelters for those left homeless in Mamuju and Majene.

Most were barely protected by makeshift shelters that were lashed by heavy monsoon downpours. Only a few were lucky to be protected by tarpaulin-covered tents. They said they were running low on food, blankets and other aid, as emergency supplies were rushed to the hard-hit region. - Agencies
Article type: metered
User Type: anonymous web
User Status:
Campaign ID: 18
Cxense type: free
User access status: 3 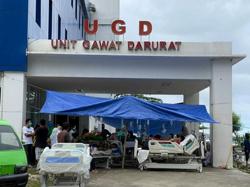 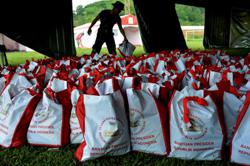