China’s air force has revealed a new twin-seat version of its most advanced fighter jet in a music video marking 10 years since the J-20’s first flight.

Four of the computer-generated warplanes can be seen briefly flying in formation during the clip, which features three unidentified men performing a patriotic song about it being the air force’s time to conquer the skies and how it will defend every inch of China.

There has long been speculation that China was developing a two-seat version of the J-20, but the video – released by the state-owned Aviation Industry Corporation of China – marks the first time the concept has been unveiled.

A People’s Liberation Army insider, who requested anonymity because of the sensitivity of the matter, confirmed that the air force was developing the new aircraft.

It is a variant of the J-20 Weilong, or Mighty Dragon – a single-seat, all-weather stealth fighter with precision strike capabilities that has featured in recent PLA shows of military might.

Developed by Chengdu Aerospace Corporation for the air force, it entered service in 2017 but has been dogged by engine problems.

Military analysts said a variant that could accommodate two pilots would be a significant development for China’s air force.

Jon Grevatt, a warplane specialist and Asia-Pacific analyst at defence industry publisher Janes, said having two seats would provide a lot more offensive capabilities such as countermeasures and electronic warfare.

“But a twin-seat aircraft is heavier, usually for multirole operation – not only air-to-air, but also air-to-ground – for longer range,” he said. “[They’re] usually used in a situation where two people work together, with one usually the pilot and another one behind him is usually like a weapon selector and operator and also handles electronic warfare equipment.”

He said developing a twin-seat variant of the J-20 would not be easy because it would need to be redesigned or modified. “It’s a technological challenge to produce,” Grevatt said.

Song Zhongping, a Hong Kong-based military commentator and former PLA instructor, said that with two seats, the J-20 could be used as a fighter bomber.

“An upgraded twin-seat J-20 could carry more offensive weapons and have stronger air-to-ground attack capabilities, so ... it would become both a fighter and a bomber,” Song said.

In November, the air force referred to the J-20 as the “backbone” of China’s air combat capability. It has not revealed how many J-20s it has, but the number has been estimated to be at least 50.

London-based think tank the Royal United Services Institute said in a paper in October that “subsequent developments [of the J-20] are likely to increase its low-observable characteristics and sensor capabilities”. - South China Morning Post 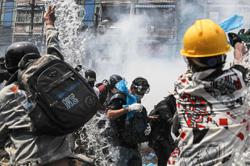 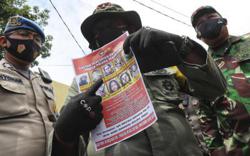