THE country has received applications from AstraZeneca and Sinovac Biotech to register their Covid-19 vaccines for use in the country, the food and drug agency said.

Thailand previously ordered 63 million vaccine doses from the two companies, which would be enough to inoculate nearly half of its 70 million population.

Two million doses will be from Sinovac, which is expected to deliver its first 200,000 doses next month.

The rest will be the AstraZeneca and Oxford University vaccine, which would be produced by Thai firm Siam Bioscience for local use and export.

The vaccine will undergo safety assessments to be registered in Thailand, and once approved, they can be bought by private hospitals, said Food and Drug Administration secretary-general Paisal Dunkhum.

“We’re processing AstraZeneca’s request, which is expected to be approved soon, ” Paisal said in a statement on Tuesday, without specifying a target date.

Prime Minister Prayut Chan-ocha said after a weekly Cabinet meeting that everyone in the country would get the chance to be inoculated.

“I confirm that every Thai will be vaccinated, ” Prayut said. — Reuters 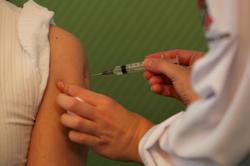