BEIJING (China Daily/ANN): China's civil aviation authority will adjust policies to boost the orderly resumption of international flights and improve international air cargo capacity this year, according to a conference report released by the Civil Aviation Administration of China on Tuesday (Jan 12).

The nation will step up measures to ensure efficient flight schedules for domestic and international airlines, upgrade China-US and China-Europe civil aviation cooperation and gradually loosen air travel policies in the special administrative regions of Hong Kong and Macao.

Due to the Covid-19 pandemic, the global aviation market is estimated to return to its 2019 levels by 2024, according to the International Air Transport Association.

Thanks to efficient epidemic prevention and control measures, China's aviation market quickly rebounded and was the top performer in the global market last year, with domestic air travel reaching 94.5 per cent of its 2019 level in the fourth quarter.

Ouyang Jie, a professor at the Civil Aviation University of China, said the nation could pivot the structure of its international airline network during the pandemic.

"We should concentrate our international aviation hubs in first-tier cities like Beijing, Shanghai and Guangzhou. Beijing, in particular, is supposed to vigorously develop international air transportation instead of serving domestic passengers. It's the right time to make structural adjustments during the pandemic," he said.

By last year, China had signed bilateral air transportation agreements with 128 countries, including 100 involved in the Belt and Road Initiative, the report said.

"We can further expand international air travel to island nations in the South Pacific under the BRI that have rich, unexploited tourism resources," Ouyang said.

In terms of developing the market during the 14th Five-Year Plan (2021-25), Ouyang suggested evolving air transportation in regards to parcel delivery, especially in central and western destinations.

"Most places in the western part of China don't enjoy exemption from postage. Low-cost air cargo is necessary to support people in the region so they can receive their goods in time, which simultaneously helps poverty alleviation," Ouyang said.

"On the other hand, combined airway and railway transport is a new trend, as it is being added to the country's new comprehensive transportation plan," he said.

It is expected that by the end of the 14th Five-Year Plan period, the volume of China's civil aviation transportation may surpass the United States to become No 1 in the world.

The administration will improve services in aircraft maintenance, ground support and aviation materials to build China into a strong aviation country.

In the past five years, the number of civil aviation aircraft in China hit 6,747, and 263 new air routes were formed. The total distance covered by domestic air routes during that period reached 237,000km, up 38,000km from the period during the 12th Five-Year Plan (2011-15). - China Daily/Asia News Network 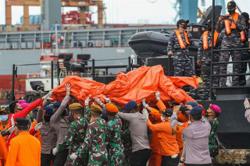 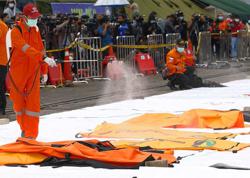