Rescue workers carry recovered debris at the port in Jakarta on Jan 10, 2021, during the search operation for Sriwijaya Air flight SJY182. — AFP/VNA

HANOI (Vietnam News/ANN): The Civil Aviation Authority of VIietnam (CAAV) is ready to support its Indonesian counterpart after a recent plane crash that claimed the lives of more than 60 people, said CAAV leader.

In a letter sent to the Indonesian Civil Aviation Authority, head of the CAAV Đinh Việt Thắng expressed his deepest sympathy to the bereaved and hoped the Indonesian agency will soon determine the cause of the accident.

The Sriwijaya Air flight SJ182, crashed into the sea on January 9 just minutes after taking off from Indonesia's capital Jakarta.

The Boeing 737-500 plane with 62 people, comprising 50 passengers and 12 crew members, on board was en route to Pontianak in West Kalimantan. — Vietnam News/Asia News Network 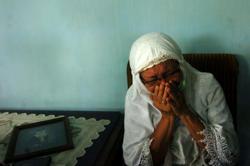