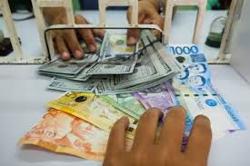 Although the Philippines economic recovery may take time, firms which openly embrace the “new normal” are expected to be thequickest to get back on track. - Bloomberg

MANILA (Philippine Daily Inquirer/ANN): After a challenging 2020 that brought us our fair share of natural disasters, a pandemic, and an economic recession, we begin 2021 full of hope for a better year.

Economic managers are touting a full-fledged bounce back for the economy, with the Philippines’ gross domestic product (GDP) forecast to grow anywhere from 6.5 to 7.5 per cent, as they cite a four-pillar strategy while banking on the country’s demographic dividend to recover from the pandemic-induced recession.

With vaccines apparently available around the world and the so-called “green shoots” manifesting in improving economic numbers, perhaps 2021 will be a year of much promise.

Prior to the pandemic, the Philippines was one of the fastest-growing economies in the region, if not the world.

A young working age population and blistering growth of roughly 6 per cent over the course of the greater part of the last decade catapulted the Philippines closer to middle-income status.

The pandemic, however, appeared to be the kryptonite to the Philippines’ winning formula, as lockdowns knocked out stalwart household consumption, in turn dragging down capital formation.

Economic data have largely improved from the lows, with unemployment falling to roughly 8 per cent in the third quarter of 2020 from a peak of 17.7 per cent, but activity and confidence remain far from the heyday of the Philippines.

In terms of nominal GDP, the economy was knocked back to 2016 GDP levels, indicating that roughly two years of economic gains had been wiped out or nullified by the Covid-19 global pandemic. By ING’s estimates, the Philippines will return to 2019 levels of GDP in roughly two years.

The country’s GDP will definitely register a substantial growth in 2021, with ING expecting full-year GDP to settle at 4.2 per cent by the end of the year.

Despite the impressive number, however, the GDP numbers may be more a function of mathematics (year-on-year growth) than representative of a true-blue recovery.

Given how far down we’ve fallen, any sort of improvement from the depths will be welcome, but we know we may have miles to go before we get back up to speed.

Several questions remain unanswered, all of which will need to be addressed before we can safely declare an exit from the recession.

Unemployment remains elevated at 8 per cent, which means roughly four million Filipinos have joined the scores of unemployed, adding to the more than 300,000 overseas Filipino workers (OFWs) who have been repatriated after losing their jobs abroad.

Consumer confidence and business outlook remain stubbornly low, which is conceivable given the state of the job market and the likely health of firms nursing bruised and battered balance sheetvid

Meanwhile, confidence in the health sector and the structure and pace of the Covid-19 vaccination remains in limbo especially in a country that appears skeptical about treatments that were derived at such breakneck speed or remain untested and lacking proper approvals.

So, we round the corner into 2021 with at least some hope for a better year, and we do so with guarded optimism that things can turn for the better.

The breaks failed to go the world’s way in 2020, but with a little more hard work, faith in each other and cooperation, perhaps 2021 will be the year all things fall into place for a change.

Although the recovery may take time, firms which openly embrace the “new normal” are quickest to get back on track, regardless of their sector or market. If we all embrace the new economy, we can avoid the dreaded, uneven “K-shaped” recovery to each partake in the evolution of the Philippines. - Philippine Daily Inquirer/Asia News Network