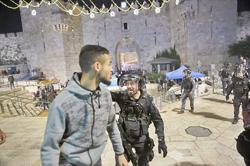 AMBASSADOR of the People’s Republic of China to Brunei Darussalam Yu Hong lauded 2020 as an extraordinary year where the people of both countries have come together to combat the Covid-19 pandemic.

“2020 is a year of continuous progress. At the beginning of the year, both countries held the first inaugural meeting of the Joint Steering Committee between China and Brunei co-chaired in Beijing by Chinese State Councillor and Foreign Minister Wang Yi and Brunei’s Minister of Foreign Affairs II Dato Seri Setia Awang Haji Erywan, ” she said in her welcoming remarks during the swearing-in ceremony for the Brunei-China Friendship Association’s new executive committee for 2021-2023 at The Rizqun International Hotel yesterday.“In September, Chinese State Councillor and Defence Minister Wei Fenghe visited Brunei.

“From January to November 2020, the bilateral trade volume between China and Brunei reached US$1.72bil (RM7bil), a year-on-year increase of 104.1%.

“China’s imports from Brunei increased by 415.2%, ranking first among Asean countries in trade with China. The Hengyi Petrochemical and Pulau Muara Besar projects have played an active role in Brunei’s economic development, ” the envoy said.

The Sultan Haji Omar Ali Saifuddien Bridge, she said, “built by China Construction Engineering Corporation, was completed and opened to traffic, becoming a new symbol of Brunei’s modernisation. The two countries have also expanded cooperation in digital economy, medical and health”.She said China will start its 14th installation of the five-year plan as well as the implementation of the 2035 long-term objectives this year. — Borneo Bulletin/ANN 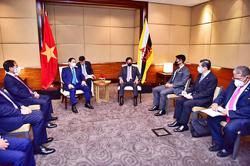