Ericsson logo is seen at its headquarters in Stockholm, Sweden June 14, 2018. - Reuters

BEIJING (Global Times): A Swedish media outlet has reported that Swedish telecoms giant Ericsson opposes a government ban preventing Huawei and ZTE from participating in the construction of 5G in the country.

"Ericsson is reluctant to face retaliation for Sweden's unwarranted offence against Chinese firms. Sweden's market is too small. Demographically speaking, it's only half the size of Beijing. But the Chinese market is so big that Ericsson's presence in the Chinese market means it has a future in the 5G era, so it's not hard to choose between China and Sweden," Zhang Xiaorong, director of the Beijing-based Cutting-Edge Technology Research Institute, told the Global Times on Monday (Jan 4).

But Wang Peng, an assistant professor at the Gaoling School of Artificial Intelligence at the Renmin University of China, said that it will not be easy for Ericsson to exit Sweden.

"The remarks of the Ericsson CEO made it clear that the company does not want similar bans on enterprises like Huawei, which some countries have politicised in business affairs.

"In the short term, some companies may think that they can achieve a better performance or have a larger market share after excluding Chinese companies. But in the long run, if countries ban Chinese companies and Chinese technology today under US pressure, will they ban EU firms tomorrow?" Wang told the Global Times on Monday.

According to DN, the US put pressure on Sweden to exclude Huawei from its 5G network construction.

Hu Qimu, a senior researcher at the China Digital Economy Institute, told the Global Times on Monday the fact that the US exerts pressure on countries can be inferred, even if the media does not expose it.

"For economic reasons, no government will ban Huawei, which will not benefit itself. In the future, countries' policies toward Huawei will mainly depend on the game of influence and interests of the US," said Hu.

Ericsson, the Swedish telecommunications giant, generates about 10 per cent of its sales in China, according to financial reports.

As of December 2020, about 130 operators in more than 50 countries and regions had built commercial 5G networks, but the scale of network users was lower than expected.

The number of 5G users in China had reached nearly 200 million, accounting for 85 per cent of the global total, according to industry data.

"Ericsson and Huawei are companies on a large supply chain and they have a lot of business ties. It is also a big loss for Ericsson that Huawei equipment is banned in many countries," said Wang.

Analysts said that with the continuous development of technology, especially in countries such as the US, some demonise Chinese enterprises and technologies for political purposes and artificially raise barriers, which is not conducive to the development of global technology.

"Any responsible global enterprise that participates in the global technology competition should oppose this kind of technological retrogression and anti-globalisation," Wang noted. - Global Times 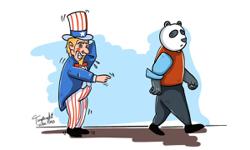 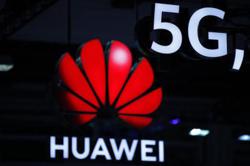