HONG KONG (AFP): The pound extended gains against the dollar Thursday (Dec 31) as traders cheered the authorisation of another vaccine and final ratification of the Brexit trade deal, while Asian markets were mixed as a painful year drew to a close.

While the world economy has been devastated by the coronavirus and lockdowns it has caused, markets have enjoyed a broadly healthy year thanks to governments and central banks stumping up mind-boggling amounts of money to prevent a depression.

After falling off a cliff in the first quarter, equities have seen incredible gains from their March troughs -- some to record highs -- as the promise of ultra-low interest rates, financial backstops and cash injections to people and businesses reassured investors.

The election of Joe Biden as US president in November -- lifting hopes for a more calm leadership -- and the approval of vaccines spurred another strong rally last month.

And this week saw more good news with the passage of a new, US$900-billion US stimulus and an agreement on a post-Brexit trade deal.

And while a surge in infections and reimposition of lockdowns in recent weeks has given traders a jolt, expectations that 2021 will see a return to some form of normality has provided much-needed reassurance and support.

"Miraculously, we have just about made it over the year-end finishing line in one piece. Even though US stocks are notching year-end record highs, I suspect everyone is more than happy to slam the door shut on a devastating 2020 and hide it in our deepest memory recesses," said Axi strategist Stephen Innes.

Still, Thursday marks one year since the World Health Organization first mentioned a mysterious pneumonia in China later identified as Covid-19, which has now infected more than 82 million people and killed more than 1.79 million.

The Oxford/AstraZeneca vaccine became the latest to be signed off by authorities on Wednesday, providing a crucial weapon in the battle against the virus as it can be stored, transported and handled at normal refrigerated conditions.

It is cheaper and easier to administer than the rival Pfizer/BioNTech and Moderna jabs, which require freezing storage.

There was more good news for Britain on Wednesday when parliament gave the nod to Boris Johnson's trade deal with the European Union after years of tortuous negotiations.

The prime minister called the deal "the beginning of what will be a wonderful relationship between the UK and our friends and partners in the EU".

The last-ditch deal averted the prospect of a cliff-edge separation that many feared would have inflicted terrible damage on the British and EU economies.

Sterling, in response to the upbeat news, rallied Wednesday and built on the gains in Asian trade, sitting at levels not seen since May 2018.

Asian equities were broadly higher following another positive lead from Wall Street, where the Dow eked out a fresh record.

Shanghai rallied more than one per cent after data showing factory activity stabilised in December indicated that recovery in the world's number two economy remains on track.

Hong Kong, Mumbai and Taipei were also up, though Singapore, Sydney and Wellington all fell. 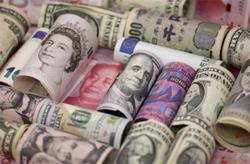 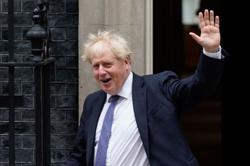