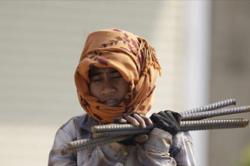 SEOUL, Dec 27 (The Korea Herald/ANN): A migrant farm worker from Cambodia was found dead on a subzero day earlier this week inside a vinyl greenhouse she had been living, leading the police to open an investigation and shedding light on appalling living conditions faced by farm workers here.

A Cambodian woman, 30, was not breathing when her colleagues tried to wake her up inside a vinyl greenhouse at a farm in Pocheon, Gyeonggi Province, on Sunday afternoon when the temperature dropped as low as to minus 20 degrees Celsius in the village, according to the police and human rights groups.

The initial autopsy result showed that she had died of liver cirrhosis, Pocheon Police Station said on Thursday.

A total of five people, including the deceased, were using space in the vinyl greenhouse as their dormitory. Three rooms, a restroom and shower facilities made of sandwich panels were built inside the greenhouse.

Only the deceased spent the night before her death in the dormitory, where the heating system had been out of order. The other four people slept elsewhere, unable to put up with the subzero temperature.

The police are looking into illegality and possible lax management of the structure inside the vinyl greenhouse. Local authorities and relevant agencies also launched an inspection into the conditions of the accommodation where she died.

The woman, who entered Korea in March 2016 on a visa for low-skilled workers, began to work at the farm in October 2018.

After working for 4 years and 10 months – the maximum length of stay allowed for the E-9 visa holders -- she was due to return to her home country on Jan 10. An e-ticket for her flight was reported to be found inside the vinyl house.

“Migrant workers have struggled with living conditions where they could not avoid heat waves, heavy rains and cold weather, and there had also been numerous cases in which migrant workers died in fires in their dorms,” an association of migrant workers’ rights groups said in a statement on Sunday (Dec 27).

According to recent data by the Ministry of Employment and Labor, some 5,003, or 31.7 percent, of the businesses using migrant workforce failed to meet minimum requirements for living standards for their foreign employees.

“This is a workplace accident that the government and municipality -- which are not properly responding to living conditions of migrant workers -- and employer, who does not even care about the safety of workers, are responsible for,” the activists said, calling for a thorough investigation into what had happened. - The Korea Herald/Asian News Network
Article type: metered
User Type: anonymous web
User Status:
Campaign ID: 18
Cxense type: free
User access status: 3 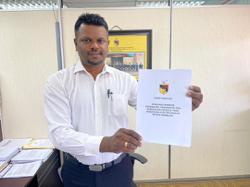