A woman dressed up in Harry Potter-themed costume poses next to Christmas trees inside a shopping complex on Christmas Day, following the new cases of the coronavirus disease in Beijing. - Reuters

Two domestic cases were reported on Friday, a convenience store worker and a Hewlett Packard Enterprise employee. Another two asymptomatic cases were discovered in Beijing earlier in the week.

Beijing is conducting testing on a limited scale in the neighborhoods and workplaces where the cases were found.

To contain any new outbreaks, the Beijing government canceled big gatherings such as sports events and temple fairs. It says applications will be strictly reviewed for any major events. Venues such as cinemas, libraries and museums have to operate at 75% capacity.

It also called on companies not to arrange business trips outside the city and abroad. 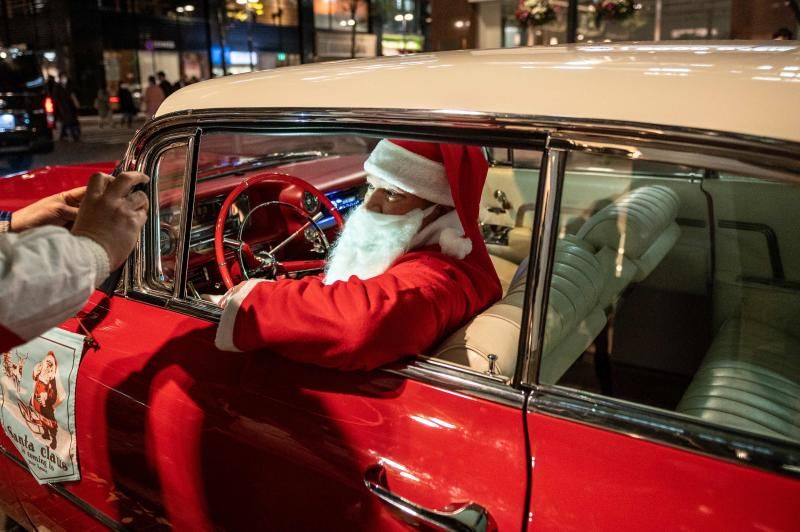 Rob Holtzapfel, a member of a vintage car group dressed as Santa Claus, sits in a 1959 Cadillac during a photoshoot with the car owner along a street lined with Christmas-themed light decorations in Marunouchi district in Tokyo. - AFP

Separately, officials in the northeastern port city of Dalian said Friday that they had tested over 4.75 million people for the coronavirus after 24 confirmed infections this month.

Authorities have shut schools and all public spaces in five neighborhood divisions in Dalian, and only essential workers can leave their compounds.

Meanwhile, in TOKYO, Japan’s Health Ministry has confirmed the country’s first cases of infection with the new variant of the coronavirus that was identified in Britain.

The five people arrived between Dec 18 and Dec 21, before Japan stepped up border control on Friday for entrants from Britain. A man in his 60s developed fatigue, but the other four were without symptoms.

Health Minister Norihisa Tamura said the five were sent to quarantine straight from the airports.

After they tested positive for the virus, further analysis conducted at the National Institute of Infectious Diseases determined they had the British variant that is 70% more transmissible, the ministry said in a statement.