SIA to resume daily flights to US from Jan 18

Before the Covid-19 pandemic,SIA used to operate 57 flights a week between Singapore and the US.- ST

Joey Seow, SIA's regional vice-president - Americas, noted in a statement that there are "promising signs for recovery in international air travel, particularly with the start of the vaccine inoculation programme".

In an interview, Seow said Singapore Prime Minister Lee Hsien Loong's announcement of further easing of travel measures in phase three of Singapore's reopening, and the World Economic Forum switching next year to Singapore from Davos, Switzerland, signalled that "Singapore is open for business."

"The Government has taken on the objective of opening up Singapore," he said.

He added that Americans are also allowed to transit in Singapore, which was initially not the case. This means there are more opportunities to get on a flight.

"Step by step, there are all these signs where there's a lot more positivity," he said, also citing the Singapore Government's discussions with Vietnam on "green lane" travel bubble arrangements.

"As more and more of these travel bubbles and green lanes are being negotiated, business opportunities will come about. The country begins to slowly but safely open up and we see encouraging signs, which are cause for further optimism."

Before the Covid-19 pandemic, SIA used to operate 57 flights a week between Singapore and the United States.

"When Covid-19 hit us in March, we were down to three a week," Mr Seow said. "We... closed all our US network and left only a three times a week Los Angeles service."

Gone were the busy Singapore-New York and Singapore-San Francisco routes.

But this month, SIA began three flights a week to New York. From next month, there will be one every day. And this week, SIA started flying three times a week to San Francisco.

"For LA, we are now at five a week, we will go up to daily in January. There are other services... Seattle (and) Houston, these will come back later."

All the flights will be non-stop. SIA will operate Airbus A350-900 Ultra Long-Range aircraft on routes from JFK and San Francisco, in a two-class configuration with 67 business class and 94 premium economy seats, the statement said.

"All SIA aircraft are equipped with the Hepa airflow management systems eliminating up to 99.97 per cent of bacteria, viruses and particulate matter from cabin air, which is replaced every two to three minutes," the statement said.

Asked if, with vaccinations now starting to be administered, the airline would require passengers to show any kind of certification of vaccination, Seow said it depended on rules in different states.

"We don't set the rules, but we will communicate to customers what the rules are and make sure that they do not have difficulties when they arrive at the destination.

"As it stands today, we inform passengers of the needs. If a pre-arrival test is needed, we check when the customer is at their port for check-in."

SIA's cargo business operating out of Los Angeles and Dallas-Fort Worth in Texas is doing "extremely well", he said. And added that the boom in e-commerce with people stuck at home and making more purchases from online retailers had also helped.

"We get a fair bit of e-commerce traffic... that has been doing very well."

SIA had also drawn business from the market as other carriers reduced their passenger flights with belly-hold capacity. "We have maintained our cargo frequency. Cargo loads into the United States and out have been very strong," Seow said.

SIA would also be carrying vaccines, he said.

According to the statement, SIA "expects significant cargo traffic on each of the expanded services, primarily serving time-sensitive, high-value freight sectors such as pharmaceuticals, technology and fresh produce, among others". - The Straits Times/Asia News Network 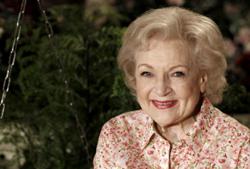