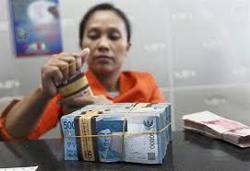 SIX people who have spent 2020 tirelessly seeking a way out of the greatest crisis of our era have been named The Straits Times Asians of the Year.

Between them, the recipients of the 2020 award capture the entire trajectory of the response to the Covid-19 pandemic.

They are Chinese researcher Zhang Yongzhen, who led the team that mapped and published online the first complete genome of Sars-CoV-2, the virus that sparked the pandemic; three scientists – China’s Major-General Chen Wei, Japan’s Dr Ryuichi Morishita and Singapore’s Professor Ooi Eng Eong – who are among those at the forefront of developing vaccines against the virus; and two businessmen – South Korea’s Seo Jung-jin and India’s Adar Poonawalla – whose companies will enable the making and dispensing of the vaccines and other Covid-19 treatments to the world.

Collectively referred to as “the virus busters”, they are heroes of a kind, having devoted themselves to the pressing cause of resolving the coronavirus pandemic.

“Sars-CoV-2, the virus that has brought death and hardship to the world, is meeting its tamer in The Virus Busters, ” the award citation said. “We salute your courage, care, commitment and creativity. In this peril-filled hour, you are a symbol of hope for Asia, indeed the world.”

In deciding to honour The Virus Busters, ST editors had in mind those who have, in one way or another, enabled the complex process of preventing as many people around the world from getting the deadly disease in as little time as possible.

Said Warren Fernandez, editor-in-chief of Singapore Press Holdings’ English/Malay/Tamil Media Group and editor of ST: “Each year, ST editors seek out a person, team or organisation that has not only made or shaped the news, but also helped contribute positively to Asia.

“This year, we looked to those involved in the fight against Covid-19, which has dominated the headlines. We debated long and hard, but finally agreed on a group who have done the most to find an answer to the crisis brought on by the virus.“They are a disparate group whose collective efforts have pushed forward the search for vaccines, allowing these to be discovered and delivered with an urgency never attempted before. Their commitment and actions have helped save lives and give hope to people all around Asia, and the world.”

Professor Zhang Yongzhen, 55, of China’s Shanghai Public Health Clinical Centre helped kick-start the process of working towards an end to the pandemic.

He and his team toiled through two straight nights in early January to map the first complete genome of the virus. With the identification of the pathogen came the realisation of the enormity of the situation.

Prof Zhang’s team quickly shared their findings with the authorities and posted the information online to alert the global scientific community of the dangerous virus about to sweep the world.

It would have taken extraordinary gumption to do so, as some doctors who had earlier tried to sound the alarm about the disease had been detained at that time. Prof Zhang and his team’s timely transparency proved vital in the swift development of testing kits and early research into treatments and vaccines for the illness.

Over in Wuhan, the Chinese military’s top epidemiologist Chen Wei, 54, scrambled to develop a viable vaccine to bring an end to the outbreak that she could already foresee wreaking havoc across the globe.In barely 50 days, she and her team had produced a potential vaccine with Chinese firm CanSino Biologics ready for clinical trials. It became the world’s first vaccine to be approved for restricted use.

In Japan, Dr Ryuichi Morishita, 58, a professor of clinical gene therapy at Osaka University, is working with home-grown biotech start-up AnGes on a DNA vaccine, while Singapore’s Professor Ooi Eng Eong, 53, is leading scientists at the Duke-NUS Medical School and US pharmaceutical firm Arcturus Therapeutics to develop a messenger RNA (mRNA) vaccine.

If the DNA and mRNA Covid-19 vaccines make it through the clinical trials and are approved for use in humans, they will be among the very first of their kind.

The first such mRNA vaccine, an American-German collaboration by drug-makers Pfizer and BioNTech, was approved for mass production only on Wednesday.

These novel technologies can be developed quickly, and may churn out cheaper to produce vaccines.

The Asian efforts are but part of a wider, global collaboration.

Developers in the United States and Europe, too, have been working at lightning speed to crunch down the typical years taken to create a vaccine to just months.

Scientists and researchers are not the only ones with a part to play.

Nations are now gearing up for mass production and distribution of these vaccines, with many in Asia moving to make them free for their people. Among those enabling the process are two Asian businessmen whose contributions have helped push us closer towards the end goal of getting billions of doses of the vaccines and treatments within reach of people around the world.

Seo Jung-jin, chairman of one of South Korea’s largest pharmaceutical firms, Celltrion, and the country’s second-richest man, is investing 300 billion won (RM1bil) into producing an antibody treatment that will complement the Covid-19 vaccines. With an eye towards offering affordable treatment, Seo, 63, has vowed to provide Celltrion’s Covid-19 drug – which will seek conditional approval by the end of this month – at production cost in South Korea, and at lower prices than competitors to the rest of the world.

Adar Poonawalla – billionaire chief executive of India’s Serum Institute, the world’s biggest producer of vaccines, has put US$250mil (RM1bil) of his family fortune into ramping up his firm’s manufacturing capacity.

“I decided to go all out, ” said Poonawalla, 39, who has pledged that his firm’s Covid-19 vaccines will help supply lower- and middle-income countries that face significant disadvantages in the quest to obtain them. — The Straits Times/ANN