According to Action Pour Les Enfants (Aple), this is the justice that the male victims have been waiting for since the sexual offence was committed on them in 2017.

On Dec 3, Aple issued a statrement saying the 22 male victims had received compensation on Nov 26, three years after winning the court case against Nicolas

The statement said Nicolas, 54, was sentenced to five years of imprisonment in 2018 by the Siem Reap Provincial Court.

He was given an order to pay a total compensation of 44 million riels to the 22 victims, as stated under the Article 41 of the Law on Suppression of Human Trafficking and Sexual Exploitation.

Aple’s lawyer said the process of seeking justice for child victims and plaintiff is long and difficult. The sentence and compensation give a sense of justice to the victims, helping them in their recovery.

One child victim’s mother said, she received the civil compensation in November 2020 but it does not repair the damage to her son and it is not a large amount. — The Phnom Penh Post/ANN 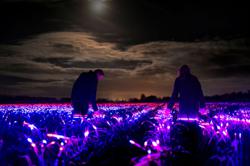