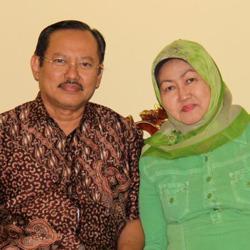 Tragic fate: Dr Sardjono and his wife died from Covid-19 after they were turned away from various hospitals in Surabaya. — Reuters

In just over 24 hours, as his fellow doctors phoned hospital after hospital in search of a ventilator in Surabaya and a few hours’ drive away – the doctor and his wife, Sri Martini, would both be dead.

The couple’s deaths from Covid-19 have raised alarm bells in the nation, where the pandemic has steadily gone from bad to worse and is now putting significant strain on the country’s poorly equipped health system.

In the past 10 days Indonesia has posted four daily record high numbers, the highest being 8,369 new cases on Thursday, while local news has run headlines about more regional hospitals reaching full capacity.

“It seems like the current overcapacity situation is the worst it has been throughout the pandemic in Indonesia, ” said Halik Malik, spokesperson for the Indonesian Medical Association.

In Pamekasan, a modest district on Madura island bordered by the Java Sea, where Dr Sardjono worked for years as a hospital director, there is not one ventilator in town.

But when the 67-year-old radiologist arrived at Pamekasan’s Muhamad Noer Hospital, he desperately needed one.

“Everywhere was full. And everything is full here in Pamekasan, ” said Dr Syaiful Hidayat, a pulmonologist who treated Dr Sardjono.

“Now it is peaking.”

Dr Sardjono’s son-in-law, 41-year-old Arif Rahman, said the deaths of his in-laws highlighted how ill-equipped the nation’s hospitals were to handle the pandemic.

“Ventilators are important, ” he said, “In Pamekasan, which is a referral for other regions, it is pitiful, let alone in other places like Surabaya where it is always full.”

But across Java, the most populated island on the planet, other worrying signs are emerging.

West Java Governor Ridwan Kamil said on Wednesday that the occupancy rate for isolation rooms in Bogor, Depok, Bekasi and Bandung had reached at 80%.

In Jakarta, there is also cause for concern.

In helping coronavirus patients find hospital beds from Nov 27-29, LaporCovid-19 contacted emergency wards at 69 hospitals and discovered that 97% were full.

“The overcapacity of ICUs in referral hospitals for Covid-19 in some areas indicates that the government’s handling of the pandemic is less than serious, ” said Irma Hidayana, the initiative’s co-founder. — Reuters 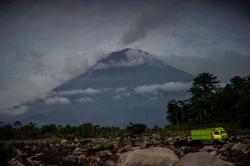