The restrictions require large stores, gyms, movie theaters, barbershops and amusement parks to shut down after 9pm, and restaurants to provide only deliveries and takeouts after that time.

Public transportation will also be reduced after 9 p.m. in an aim to discourage unnecessary gatherings.

The 583 cases reported by the Korea Disease Control and Prevention Agency (KDCA) brought the national caseload to 36,915, including 540 deaths.

The KDCA said an average 514.6 daily new cases occurred over the past one week.

The agency said 411 of the cases were from the densely populated Seoul metropolitan area, where health officials are struggling to track infections tied to various places, including hospitals, churches, schools, saunas and gyms. 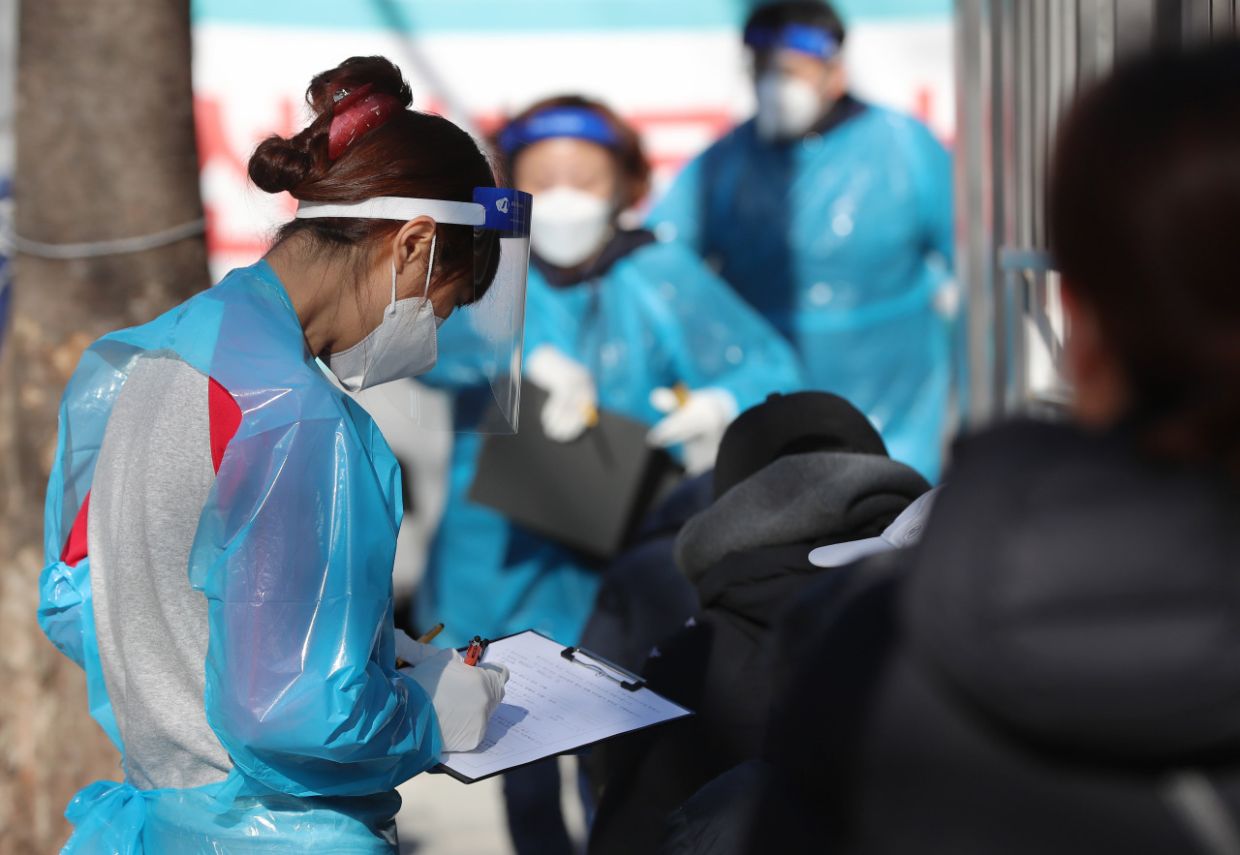 The country had reported 629 new cases on Friday, its highest daily jump in nine months.

For the record, South Korea reported more than 500 daily new infections for three consecutive days through last Saturday, before briefly falling back to 450 cases last Sunday due to less testing over the weekend.

The increase in daily cases stayed above 500 for the second consecutive day Thursday and topped the high from nine months ago Friday, with 629 cases.

Amid concerns that the country could face the biggest crisis to date, the authorities have said they will monitor the current pace and decide Sunday on whether to adopt additional measures after adopting enhancing Level 2 social distancing nearly two weeks ago.

What is more concerning is that the greater Seoul area, home to half of the country's population, has been witnessing its daily new cases soar to a record high for the past few days.

The number of seriously or critically ill Covid-19 patients came to 121 as of midnight, the KDCA said.

The country added 24 imported cases, down from 29 a day earlier, coming mainly from the United States and Asian countries, excluding China, the KDCA said.