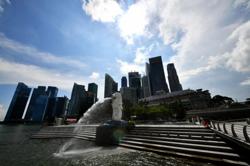 Digital banks will not have a physical presence and all banking services will be done online. - The Straits Times/Asian News Network

SINGAPORE, Dec 5 (Bloomberg): Ant Group Co and a venture led by Grab Holdings Ltd and Singtel won licenses to run digital banks in Singapore, paving the way for the technology giants to expand their financial services in the South-East Asian hub.

Sea Ltd. is also among the four winners announced Friday by the Monetary Authority of Singapore after almost a year of deliberation. A consortium involving China’s Greenland Financial Holdings Group Co is the other successful candidate.

Singapore joins the U.K. and Hong Kong in opening up its banking system to purely digital entrants, as it seeks to inject innovation and competition into a market dominated by traditional lenders. The permits are coveted given the city’s status as a rapidly growing wealth management center and a gateway to Southeast Asia, where the digital lending market is expected to quadruple in five years.

"Other countries in the region will follow suit, including Malaysia, as financial services continue on the path to further liberalization and greater digitization.”

Digital full banks will be allowed to take deposits and provide banking services to both retail and corporate customers. Digital wholesale banks can only target small and medium-sized businesses and other non-consumer segments. They are expected to start operating from early 2022, MAS said.

"MAS applied a rigorous, merit-based process to select a strong slate of digital banks,” Managing Director Ravi Menon said in a statement. "We expect them to thrive alongside the incumbent banks and raise the industry’s bar in delivering quality financial services, particularly for currently underserved businesses and individuals.”

MAS said it decided to award licenses to two wholesale applicants which met its expectations and were demonstrably stronger across the criteria. MAS had previously said it would give as many as three wholesale licenses.

As the digital wholesale banks "are introduced as a pilot, MAS will review whether to grant more of such licenses in the future,” it said. The authority also said it had taken into consideration the impact of Covid-19 on the business plans and projections of applicants.

The entrants will provide fresh competition for lenders such as DBS Group Holdings Ltd. While more than 90% of Singapore’s adult population have bank accounts, the newcomers are likely to target segments including unsecured personal loans, as well as small and medium-sized firms that may not have good access to financing.

For Ant, the successful bid may lessen the pain it’s experiencing in its home market of China after a series of regulatory clampdowns derailed its much anticipated initial share sale. The company co-founded by billionaire Jack Ma faces a slim chance of reviving its IPO in 2021 as China overhauls rules governing the fintech industry, according to regulatory officials familiar with the matter.

"Although Ant Group has recently faced challenges in China around their techfin approach to the market, they are one of the most experienced companies in this space,” said Zennon Kapron, who runs independent research firm Kapronasia. "It will be interesting to see if they are able to accomplish the same in Singapore.”

Menon said last month that MAS wouldn’t be deterred by crackdowns abroad, with the US also scrutinising Chinese firms. "Regulatory tightening that’s happening in China will not have an impact on the digital banks here,” he said in an interview.

"Over the years, Ant Group has accumulated substantial experience and proven success, especially in China where we work with partner financial institutions to serve the needs of SMEs,” Ant said in a statement. "We look forward to building stronger and deeper collaborations with all participants in the financial services industry in Singapore.”

Grab is teaming up with Singapore Telecommunications Ltd. on its digital bank, through a majority-owned venture. Founded in 2012 by Anthony Tan and Hooi Ling Tan as a taxi-hailing service, Grab has been providing certain financial services to consumers and merchants for more than a year. It’s broadened its offerings with products including fixed-income funds from Fullerton Fund Management and UOB Asset Management.

Sea, worth about $90 billion, is the most valuable company in South-East Asia. Singaporean Forrest Li, born in China, founded the online gaming company in the city-state in 2009 before taking it public in New York in 2017, by which point it had added an e-commerce platform, Shopee. 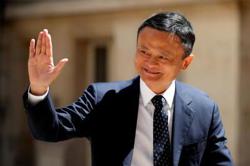 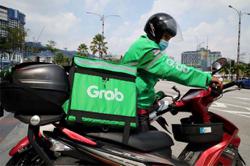