The House of Representatives approved on third and final reading a Bill increasing the age for determining the commission of statutory rape from 12 to below 16.

With 207 affirmative votes, three negative votes and no abstention, lawmakers approved House Bill No. 7836, amending Republic Act No. 7610 or the Special Protection of Children Against Abuse, Exploitation and Discrimination Act on Tuesday.

Under current Philippine laws, sexual intercourse with children below 12 years old is illegal and tantamount to rape.

Tingog Rep Yedda Marie Romualdez, chairperson of the House committee on welfare of children and one of the principal authors of the Bill, said “this progress means we are a step closer to the justice we have been fighting for our children victimised by heartless individuals and the gap in present laws”.

“I appeal to our colleagues in the Senate: let us pass this Bill as a gift for and a commitment to the safety of our children.

“No child should be left without sufficient protection, especially from rape.

“Child rape is an ugly and painful reality that we must collectively confront and address immediately and decisively, ” Romualdez said in a statement.

“But it is not enough that we are indignant. Our indignation must translate into action and concrete measures to stop it.”

“This means any sexual intercourse with a minor who has not reached the age of 12 is automatically regarded as rape, regardless of whether they say or appeared to have voluntarily engaged in the sexual act.

“However, the moment that child reaches the exact age of 12, the law assumes that the child is mature enough to give consent to another person for any sexual activity, ” she said.

In explaining her affirmative vote, Gabriela Rep Arlene Brosas, one of the authors of the Bill, hailed the passage of the amendments to the Anti-Rape Law as “a historical victory to the Filipino women’s long-standing campaign for legislative reforms on sexual violence”.

“This is also a huge step towards the persecution of powerful and wealthy abusers and raising the consciousness of the Filipino people, ” Brosas said. — Philipine Daily Inquirer/ANN 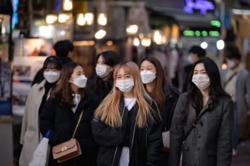