Sugarcane farmers have been forced to reduce their farming areas due to difficulties from imported and smuggled sugar. — VNA/VNS

HANOI (Vietnam News/ANN): The sugar industry is facing many challenges and unfair competition from imported and smuggled goods, experts told a conference held in Hanoi on Tuesday (Dec 1).

Also discussed were possible solutions, such as applying trade remedies and building chain links to remove the “bottlenecks” for the local sugar industry.

After many years of maintaining a protection policy, Vietnam began to implement its commitments under the Asean Trade in Goods Agreement (ATIGA) from the beginning of the year, by not limiting the sugar imported from Asean countries and tariffs being cut to zero per cent.

Since the removal of tariff quotas, the total amount of sugarcane imported into Việt Nam has increased rapidly, reaching approximately 1.3 million tonnes in the first 10 months of 2020.

In addition, the price of imported sugar is also very low, causing many difficulties for sugar enterprises as well as farmers.

This, the conference was told, was one of the reasons sugarcane farmers have fallen into debt.

She said farmers could not earn profits, or even lose capital, having to reduce their sugarcane growing area.

Many sugarcane growers had to leave their land to work as hired labourers.

Sharing the ideas, Đỗ Văn Thảo, another sugarcane farmer from Kon Tum Province said although the company had introduced a number of measures to support farmers, the price was too low, putting great pressure on the industry.

The country now has 29 sugar plants in 2019-20 crop season, 11 less than the previous season. In the 2020-21, it is forecasted to be a difficult year for the local sugar industry, especially in the complicated situation of the Covid-19 pandemic.

It is expected that four more sugar factories including Sơn Dương, Nông Cống, Vạn Phát and Phổ Phong continue to close due to the lack of raw materials and inefficient operations.

Nguyễn Văn Lộc, secretary general of the Vietnam Sugar and Sugarcane Association (VSSA) said they have sufficient databases available to identify imported sugar originating from Thailand as dumped and subsidised for dumping in foreign markets (according to WTO trade rules).

In addition, it also has clear evidence that dumped imported sugar causes significant damages to the domestic industry.

“According to our data, the average export price of raw and refined sugar is only US$334 per tonne, ” he added.

“The above exported sugar price is clearly not only much higher than the price of sugar sold in the Thai market, but also lower than the cost of sugarcane to produce sugar. This further highlights the dumping nature of Thai sugar when it enters the Vietnamese market.”

The Ministry of Industry and Trade (MoIT) needs to investigate and soon apply anti-dumping measures to sugar products from other countries, especially from Thailand to create a fair competition, thus facilitating business buying sugarcane prices at higher prices.

“Commercial banks should create conditions for sugar cane growing and production companies to mortgage loans but only a part of their assets, without interest for investment loans investing into seeds, raw materials and labour, ” he said.

The Government has issued many documents directing the implementation of measures to remove difficulties for the sugar industry.

Most recently, on July 14,2020, the Government issued Directive No 28/CT-TTg on the implementation of solutions to develop Vietnam's sugar industry.

Lê Triệu Dũng, MoIT’s Director of the Department of Trade Defence said that domestic sugar industry had provided information and evidence that sugar cane products imported from Thailand were being dumped into Vietnam and the Thai Government had been maintaining a number of subsidy policies for sugarcane growing activities and their sugar industry.

On the basis of the request documents of enterprises representing the industry, in September 2020, the ministry issued Decision No 2466/QD-BCT on the investigation and application of anti-dumping and countervailing measures for some sugarcane products originating from Thailand.

In June 2020, the ministry also issued Decision No1715/QD-BCT on the investigation and application of anti-dumping measures on some liquid sugar products extracted from corn starch (also known as HFCS) originating from China and South Korea.

“Currently, both cases are in the process of investigation, ” Dũng said.

“The department will conduct an investigation in accordance with the Law on Foreign Trade Management and related legal documents in order to establish a fair competition environment in the context of international economic integration, protecting the legitimate rights and interests of the domestic manufacturing industry from unfair competition.”

According to Trần Thanh Hải, deputy head of the ministry’s Department of Import-Export when the investigation results proving the violation of imported sugar are available, tools can be applied to protect the legitimate rights and interests of sugar cane farmers.

He added: “However, the current situation of Vietnam sugar industry may partly because the transformation of the sugar industry in the integration process has not been improved.

“In fact, not only the sugar industry, but also the steel, automobile and livestock industries faced difficulties. As for the automobile industry, three years ago, we also had to open the industry to zero import tax rate.

“Through difficult times, Vietnamese brands have been formed. Therefore, the association, innovation, and determination of businesses themselves will be an important solution to help the sugar industry overcome this integration wave.” — Vietnam News/Asia News Network 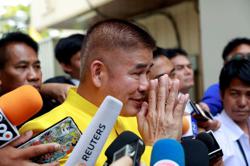