Visitors take Covid19 rapid tests, which are provided by the Bogor Health Agency, at Bogor Botanical Garden in West Java on Nov. 1, 2020. - Antara

JAKARTA (The Jakarta Post/ANN): The government has decided to reduce the number of collective leave days for the Christmas and New Year celebrations, including a substitute for Idul Fitri leave.

In the new arrangements, the country will enjoy a total of eight days off, namely from Dec 24 to 27 for the Christmas holiday, Dec 31 for the Idul Fitri substitute leave, as well as from Jan 1 to 3 for the New Year celebration.

The arrangements for the upcoming holidays coincide with two weekends, meaning that the public will have two sets of long weekends in late December and early January.

Previously, there were 11 days of leave in the year-end national holidays.

“Therefore, there are three fewer days off [than previously planned],” Coordinating Human Development and Culture Minister Muhadjir Effendy told a press conference in Jakarta on Tuesday, as quoted by kompas.com. The three days that are no longer part of the national holiday were originally planned for Dec 28 to 30.

“The new arrangement is a reduction, meaning that we won’t have substitutes in the future,” he added.

The joint decree on the newly arranged collective leave for the year-end holiday is to be signed by the coordinating human development and culture minister, the manpower minister and the religious affairs minister.

Indonesia recorded the highest case surge in a single day at 5,444 on Nov 13, approximately two weeks after the country enjoyed the late October long weekend.

The task force’s data and information technology head, Dewi Nur Aisyah, said it had received more reports of health protocol violations during the long weekend, from Oct 28 to Nov. 1, compared with normal days, at about 600,000 cases per day.

Separately, Gadjah Mada University epidemiologist Bayu Satria Wiratama said the government had two options in regard to arranging national holidays during the pandemic.

First is reducing the number of days, and second is tightening surveillance.

“But, tightening surveillance needs even bigger efforts,” said Bayu, who is also a researcher at the university’s Tropical Medicine Center, as quoted in a statement made available to The Jakarta Post recently.

Bayu said that cancelling the long holiday was also not an option because it was less effective to make people stay at home.

He said such a policy did not guarantee that people would not travel. Bayu said that indoor tourist spots or venues, including swimming pools and hotels, carried a higher risk of Covid-19 transmission, which is why tight health protocols were a requirement in such places. - The Jakarta Post/Asia News Network 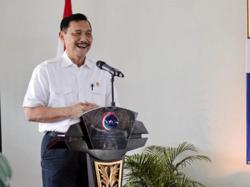