TOKYO: An 18m “Gundam” robot that can walk and move its arms was unveiled in Japan amid hopes that it will help invigorate tourism hit by Covid-19.

The giant robot is modelled after a figure in Mobile Suit Gundam, a Japanese cartoon that was first launched in the late 1970s about enormous battle robots piloted by humans.

The series spawned multiple spin-offs and toys and gained a worldwide following.

It will be the centrepiece of the Gundam Factory Yokohama, a tourist attraction that opens on Dec 19 in the port city.

“Of course, we now have the coronavirus issue. I want people to tackle endeavours like this while making an effort to prevent the spread of infection.” — Reuters 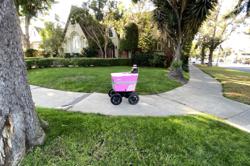