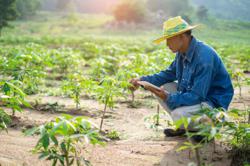 A man and a child get a free haircut along the Truc Bach Lake in Hanoi. Vietnam has gone through 86 straight days without any new confirmed Covid-19 cases reported in the community, according to its government. - AFP

HO CHI MINH CITY, Nov 28 (Xinhua): Police of southern Vietnam's An Giang province have confiscated over 30 kg of ketamine transported from Cambodia to the country, Vietnam News Agency has reported.

A 60-year-old local man was caught red-handed transporting 10.4 kg of ketamine near the Cambodia-Vietnam border in Tinh Bien district on Thursday afternoon, said the report. He confessed that he was hired to carry a cylindrical box crossing the border without knowing about the drug inside.

From his confession, local authorities examined a warehouse in the same district and found some 20kg of ketamine hidden in another box.

As stipulated in Vietnamese laws, those convicted of smuggling over 600 grammess of heroin or more than 2.5kg of methamphetamine are punishable by death. Making or trading 100 grammes of heroin or 300 grammes of other illegal drugs also faces the death penalty.

Meanwhile, Vietnam reported eight new confirmed cases of COVID-19 on Friday, bringing its total tally to 1,339 with 35 deaths from the coronavirus epidemic.

The Ministry of Health said that the new cases were a Japanese, two Russian and five Vietnamese nationals, who recently entered the country from abroad and were quarantined upon arrival.

Meanwhile, it announced that four more patients have been given all-clear, raising the total number of recoveries to 1,170.

Nearly 16,000 people are being quarantined and monitored, the ministry added.