One of the Regional Comprehensive Economic Partnership's key achievements is that it eliminates tariffs for about 92 per cent of goods traded among the members. - ST FILE

SINGAPORE (The Straits Times/ANN): Say you are a company producing mutton curry in Singapore. With the newly-signed Regional Comprehensive Economic Partnership (RCEP) trade pact, you can buy ingredients such as mutton and curry paste from 14 other countries and still have the final can or packet dish count as being made in Singapore.

This will be more cost-effective for two reasons.

One, the ingredients bought from the other RCEP countries are considered as originating in Singapore when determining their origins to enjoy preferential tariffs.

Two, perishable goods can be cleared by Customs as swiftly as within six hours of arrival.

Singaporeans will also be able to enjoy cheaper mutton curry when the cost savings are passed on to them.

This cascade of benefits is an example of how the RCEP - the world's largest trade pact inked on Nov 15 -- will impact businesses and consumers here.

Involving the 10 Asean members, plus China, Japan, South Korea, Australia and New Zealand, the RCEP covers nearly one-third of the world's population and contributes to around 30 per cent of the world's gross domestic product (GDP).

One of its key achievements is that it eliminates tariffs for about 92 per cent of goods traded among the members.

But the biggest benefit for Singapore is the presence of a single rule for each product that applies across all 15 parties to the RCEP, said Sulaimah Mahmood, the chief RCEP negotiator at the Ministry of Trade and Industry.

Each of Asean's trade agreements has different rules of origin.

"We thought: What would be the best way to consolidate the rules so that it's easier for our companies?"

Besides a single rule, there is also the cumulation of rules of origin (ROO), which sets out how much regional content a product must have before it can enjoy lower tariffs.

Before the RCEP was concluded, many businesses in Singapore could tap only on the existing Asean-plus-one free trade agreements (FTAs) -- or the trade agreements between the 10-member regional bloc and individual dialogue partners such as Japan, South Korea and China.

Now, the RCEP has thrown the door wide open. Businesses can source for inputs from any of the 14 other RCEP members, said Sulaimah.

Food, automotive sectors to benefit most

While the RCEP allows for broader sourcing by companies, preferential tariffs are likely no better than those already on offer under other FTAs, like the Asean-plus-one FTAs, said PwC's Asian Worldtrade Management Services managing partner, Frank Debets.

"Only if companies require broader cumulation of originating materials, or if they trade extensively between Japan and China or Korea, would the RCEP likely be of more significant benefit to them."

China, Japan, and Korea have been trying to reach their own trilateral FTA for years.

Debets added that industries with traditionally higher rates of customs duties, such as food and agriculture, automotives and consumer electronics, stand to benefit the most.

But each company will need to do its homework to determine the exact benefits, which tend to be product-specific and not industry-specific, he added.

These are areas that align with Singapore's objectives to be a global hub for the knowledge and digital economy.

"The RCEP would seem to be beneficial to small and medium-sized enterprises (SMEs), as the digital economy still presents SMEs with significant barriers for cross-border trade," he said.

"Thus, these provisions, if actually implemented, would be very good for Singapore's fintech, clean tech, logistics and other sectors."

PwC's Mr Debets, however, cautioned that the RCEP may not be top of mind for businesses because it is still subject to ratification, and it may take more than a year before the pact takes effect.

"Judging by experience, it may mean that companies don't see the urgency and forget about the agreement, even when it does ultimately come into force," he said.

Singapore Business Federation chief executive Ho Meng Kit said businesses could start by reviewing their existing supply sources and consider new markets, so that they can take full advantage of the RCEP when it enters into force.

"Those in services trade should also take a critical look at the RCEP's more liberal services market access commitments, e-commerce provisions and IP protection clauses to identify opportunities where they can gain a competitive advantage in this fast-growing region," he said.

He added that the federation is planning a series of outreach activities, starting in December, on the benefits of the agreement.

The business development director of food marketer, importer and distributor San SeSan, Gary Lee, said his company, in anticipation of the RCEP, has realigned its supply chain to mitigate the impact of the US-China trade war.

It aims to tap the RCEP to export to Japan and South Korea under lower or no duties, and also to expand into the Chinese market, he added.

"Our joint venture factory based in Thailand expanded its capacity in a shift away from US-origin goods, so that we can avoid the high import duties on US products to China.

"Conversely, we observe that many China-origin products are similarly starting to shift to factories in Asean to support exports to the US."

Lee also hopes that the RCEP will strengthen IP, to counter what he thinks has been a proliferation of Chinese companies registering unrelated trademarks that are similar to existing brands.

"We also hope that RCEP can be expanded to include other countries, including one from the Middle East - North Africa region." - The Straits Times/Asia News Network 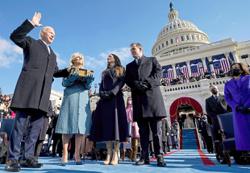 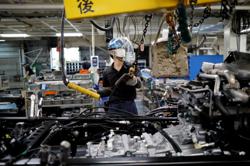