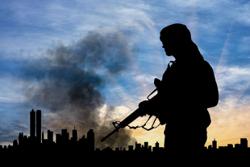 A woman waters chili plants at a farm on the slopes of Mount Merapi in Selo, Boyolali regency, Central Java. - JP

The latest CSP, released on Nov 19, was drafted based on the overall UN strategic country framework, the evaluation of the previous programmes as well as recommendations of a Strategic Review of Food Security and Nutrition made by an independent research institution, the WFP said.

"The WFP is confident about the focus of this CSP on policy dialogue and technical assistance in the fields of food security and nutrition evidence generation, mitigation of disasters and climate change risks and prevention of all forms of malnutrition through diversified healthy diets, ” WFP Indonesia representative Christa Räder said in a statement.

"The government welcomes the WFP’s increased collaboration with national academia and research institutions for analytical work on food security and nutrition," Suharso said.

"We are strongly committed to including all sectors to address the health and socio-economic effects of the pandemic."

He also appreciated the WFP's improved partnerships with other UN agencies to achieve the global target of ending hunger, such as with the Food and Agriculture Organization of the United Nations (FAO), the International Fund for Agricultural Development (IFAD) and Unicef.

The WFP, which has been awarded the 2020 Nobel Peace Prize, plans to work closely with the government alongside other UN agencies, development institutions, as well as civil society groups over the next five years under the umbrella of the 2021-2025 UN Sustainable Development Cooperation Framework.

The Bappenas chairman went on to say that the government welcomed south-south and triangular cooperation to share Indonesia's approach to addressing food security and nutrition challenges, as well as to exchange experience with other nations.

Indonesia still ranks 70th out of 107 countries in the Global Hunger Index (GHI), with disparities remaining notably substantial between regions when it comes to poverty, food security and nutrition, according to the WFP.

The UN body also noted the growing concern of the triple burden of malnutrition (TBM) in Indonesia, with high rates of undernutrition coexisting with overnutrition and micronutrient deficiencies.

The Covid-19 pandemic has also aggravated Indonesia's food security, with President Joko "Jokowi" Widodo announcing in late April that key commodities such as garlic, sugar, chili and chicken eggs were in short supply in more than 20 provinces, while rice was lacking in seven provinces.

Problems surrounding food distribution across the archipelago, changes in land use — especially in Java — and the country’s population growth have also contributed to national food security issues.

The WFP’s Indonesia office previously estimated that the country had experienced a 13.2 per cent year-on-year decline in rice production to 16.1 million tons in the first half of 2020.

Jokowi's administration has spearheaded the development of food estates in Central Kalimantan and North Sumatra in an attempt to bolster the nation's food security, which is part of its National Strategic Projects for the 2020–2024 period.

The government plans to develop around 164,600ha of land in Central Kalimantan for crops like rice and 61,000 ha in North Sumatra for horticulture, including potato, shallot and garlic. The first phase of the programme commenced this year. - The Jakarta Post/Asia News Network 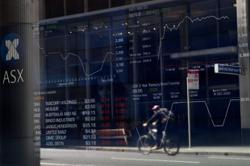