The resurfacing of the scandal, which dogged Abe in the last year of his tenure could damage his political reputation and also threatens to drag in successor Yoshihide Suga, who was Abe's right-hand man during his 2012-2020 term.

Politicians in Japan are forbidden to provide anything to constituents that could be construed as a gift. The rule is so strict that one Cabinet minister quit in 2014 after distributing paper fans during the summer.

Abe vehemently denied his office had subsidised parties during parliamentary sessions last year where he was grilled by opposition lawmakers on his office's involvement in hosting the reception.

Speaking to reporters on Tuesday, he said he was aware of the accusations and promised that his office will "fully cooperate" with Tokyo prosecutors who are looking into the matter, but declined to comment further on the accusations.

"He can't run or hide," opposition Constitutional Democratic Party of Japan leader Yukio Edano said of Abe on Tuesday, adding that the revelation meant Abe had lied in parliament when he had denied his office subsidised parties.

"Prime Minister Suga was also the ringleader of the Abe administration in his position as chief Cabinet secretary, and he can't escape that responsibility," Edano said, according to NHK.

Abe, Japan's longest-serving prime minister, stepped down in September due to health problems, but has stayed on as a lower house lawmaker.

The opposition has demanded he address the accusations during a parliamentary hearing on Wednesday, but the ruling Liberal Democratic Party (LDP) refused to concede to the request, saying it was "unreasonable".

Local media, including public broadcaster NHK, said Abe's office helped cover a shortfall of about 8 million yen (US$77,000) over the last five years of his premiership to hold annual dinner parties at swanky hotels for his supporters, citing people close to the ex-PM.

Although each supporter paid about US$48 for their attendance, the total cost of hosting the parties came to more than US$190,000 over five years, exceeding the total amount collected from ticket sales and creating a gap covered by the ex-PM's office, NHK said.

In interviews with NHK, sources close to the ex-PM said staff members working for Abe had told their former boss when asked last year by Abe whether the office had partially footed the bills for parties that the ticket sales had covered the costs when in fact, they had not. 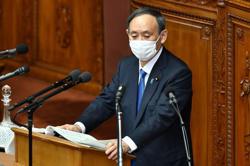