Passengers go through ticket gates at Gora station in Hakone, Kanagawa Prefecture, Japan, on Oct. 4, 2020. Japan's national Go To campaign aimed at spurring domestic travel has been halted in Osaka and Sapporo. - Bloomberg

TOKYO (Xinhua): Japan's minister in charge of Covid-19 response said on Tuesday (Nov 24)that the government will suspend the "Go To Travel" domestic travel subsidy campaign in Sapporo and Osaka for three weeks due to sharp rises of Covid-19 cases in the two cities.

At a news conference on Tuesday, Japanese Economy Minister Yasutoshi Nishimura said that the government will cover cancellation fees for pre-booked trips to the two cities and compensate the losses of the affected businesses.

However, residents from Sapporo, capital of Japan's northernmost main island of Hokkaido and Osaka in western Japan can still take part in the campaign to travel to other areas, said the minister.

According to Nishimura, the suspension is due to take effect following a formal decision to be made later in the day.

The "Go To Travel" campaign was launched in late July in an effort to revive domestic tourism. Tokyo was initially excluded due to a high number of coronavirus infections and was added on Oct 1.

Amid the recent resurgence of infections across the country, some doctors have requested the government to suspend the "Go To Travel" campaign.

However, Japanese Prime Minister Yoshihide Suga had repeatedly denied the possibility of halting the campaign.

In a policy reversal, he said last Saturday that the government will suspend the "Go To Travel" campaign in areas with a high number of Covid-19 cases. 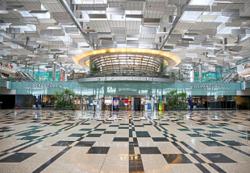