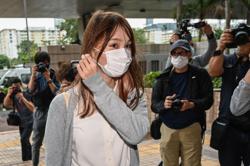 The sentencing is scheduled for Dec 2 and the trio have been remanded in custody.

Wong also faces charges of participating in an unauthorised assembly in October 2019 and on June 4,2020.

Earlier this year, Wong was disqualified along with 11 other opposition politicians and activists from running in a since-postponed election for the city’s Legislative Council. — China Daily/ANN