The pressure is on the Indonesian government now. File picture is showing job seekers crowd the Education and Career Fair at the Smesco building in Jakarta. The Covid-19 pandemic is projected to increase unemployment by 5.5 million people this year. - The Jakarta Post/Asian News Network

JAKARTA, Nov 23 (The Jakarta Post/ANN): Indonesia’s economy is expected to return to growth in 2021 after facing a recession this year, economists say, but unemployment and poverty may rise further as economic activity will remain sluggish.

Indonesia’s gross domestic product (GDP) may grow 3 percent next year, driven by a gradual improvement in household spending and loan growth as well as the availability of a coronavirus vaccine, Institute for Development of Economics and Finance (Indef) executive director Tauhid Ahmad said during a virtual discussion on Monday (Nov 23).

“The pandemic is expected to continue holding up middle class spending and will still haunt household spending [next year], ” he told the discussion.

"We project credit growth to reach 6 percent, below the 11 percent growth [common] in normal times, as economic activity will remain subdued.”

“As vaccines may only become available in the second half of 2021, Covid-19 will continue to slow the economic recovery, ” Tauhid went on to say.

“Extraordinary government efforts will be needed to curb the virus spread.”

Indonesia plunged into recession for the first time in two decades as the economy shrank 3.49 per cent year-on-year (yoy) in the third quarter after plunging 5.32 per cent yoy in the second quarter.

Household spending and investment, which together account for more than 88 per cent of GDP, fell by 4.04 per cent and 6.48 per cent yoy, respectively, in the third quarter.

As the outbreak disrupts business activity, 2.67 million people have lost their jobs, according to Statistics Indonesia (BPS), bringing the unemployment rate to 7.07 per cent in August, the highest level since 2011.

Meanwhile, around 1.63 million Indonesians fell into poverty in March, raising the poverty rate to 9.78 percent or 26.4 million people from 9.22 per cent in September last year, with more people expected to fall into poverty.

The government expects the economy to contract by 0.6 percent to 1.7 percent this year, before rebounding to 5 percent growth next year.

Tauhid said the poverty rate might increase further to 10.5 percent or around 28 million people in 2021, adding that unemployment could continue to rise by 3.6 million people, dominated by newcomers to the workforce, because of a lack of jobs.

“The spending of economic recovery funds has not been effective in stimulating consumer spending, ” he went on to say, adding that the government should boost social and infrastructure spending to stimulate household demand, create jobs and help combat poverty.

As of Nov 18, the government has spent 58.7 percent of the Rp 695.2 trillion (US$49 billion) stimulus allocated to reviving the economy, according to the Finance Ministry Fiscal Policy Agency’s director for state budget policy, Ubaidi Socheh Hamidi.

“The social protection program is able to maintain consumption of the poor and vulnerable communities as the program managed to slow an increase in the poverty rate this year, ” Ubaidi said during the same discussion, claiming that the program had saved 3.43 million people from falling into poverty.

“The stimulus program is expected to stimulate economic activity, and we hope that, with a vaccine being available in 2021, it will maintain the momentum of economic recovery and reforms, ” he went on to say. - The Jakarta Post/Asian News Network 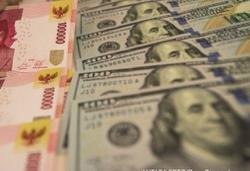