Vietnam is looking to reset its volatile relationship with the United States after finding itself caught in the middle of Donald Trump’s economic confrontation with China.

The South-East Asian nation was among the biggest beneficiaries of the US-China trade war as global companies added investments to diversify their supply chains.

But its own swelling surpluses with the United States saw it slapped with tariffs and accused of currency manipulation.

Prime Minister Nguyen Xuan Phuc had previously said “no matter who wins, the United States is still a friend.”

But behind the scenes, officials are calculating whether and how Vietnam can restore stability in economic relations with President-elect Joe Biden.

Hanoi anticipates the Biden administration will accelerate the US’ broader engagement with Vietnam and won’t be as focused on currency and trade issues as Trump officials, said Le Dang Doanh, a Hanoi-based economist and former government adviser.

“The United States is the biggest export market for Vietnam, ” he said.

There’s heightened concern among some US businesses that Trump officials could slap additional tariffs on Vietnam after the US Department of Commerce this month imposed a preliminary anti-subsidy duty on Vietnamese car and truck tyres, citing the nation’s “undervalued currency” among the reasons.

The department will make a final determination on the tariff around March 16, near when the US International Trade Commission is scheduled to rule on the case.

The United States imports of passenger tyres from Vietnam were valued at nearly US$470mil (RM1.29bil) in 2019, it said. Vietnam’s trade surplus with the United States is on pace to break last year’s record of US$56bil (RM228bil).

“For a country like Vietnam, where inflation rates have been higher than most of its trading partners, a weakening dong is understandable, ” said Truong Van Phuoc, a senior member of the prime minister’s economic advisory board.

The government kept inflation at about 4% while the dong’s decline was only around 1%-2% annually in the last few years, he said.

The United States has criticised Vietnam for its current-account surplus and for allegedly buying the greenback to weaken its own currency.

Yet the current-account surplus is mainly due to remittances, not exports, according to Phuoc, who’s also a former chairman of the National Financial Supervisory Commission and former head of the central bank’s foreign-exchange department.

Remittances are money sent to Vietnam from abroad and often used for businesses, not just family support.

“When investors bring dollars in, they need to convert them into dong to invest, ” he said, noting that it’s not the central bank snapping up dollars.

Additional tariffs put in place by outgoing officials could handcuff the Biden administration, which would have to expend political capital to undo them. 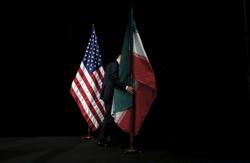