HONG KONG, Nov 21 (SCMP): The European Union and the US should see the new Asia-Pacific trade pact as a “wake-up call” for joint action against the growing influence of China, according to a senior EU lawmaker.

Manfred Weber, group leader of the European People’s Party – the biggest in the European Parliament – also warned Beijing could expect further restrictive measures if a comprehensive investment treaty was not agreed with the EU by the end of this year.

“If we look at the new China Pacific trade agreement, the RCEP, Europe and the US should see this as a wake-up call to join forces,” he told the South China Morning Post.

“We need a reunification of the so-called Western world, now with Joe Biden as a constructive partner, to face this challenge of China. It’s the key question for the upcoming decade,” he said.

The Regional Comprehensive Economic Partnership (RCEP) was signed by China and 14 countries in the Asia-Pacific region, including Japan and Australia, just days after Biden won the US presidential election. The pact creates the world’s biggest free-trade area and weakens US influence in the region.

Weber also blasted the continuing crackdown in Hong Kong, where opposition lawmakers quit en masse last week over a Beijing decree which stripped their elected colleagues of their seats in the legislature.

“China is absolutely an enemy to the EU’s ideas about the European way of life, to how we define what our society should look like, especially having the developments in Hong Kong in mind,” he said.

Weber’s remarks come as the EU realigns with Washington against some of China’s policies. European Commission President Ursula von der Leyen, who is also from the EPP, earlier called for a “new transatlantic agenda” that would see the US rejoining the Paris climate accord and the World Trade Organization.

That contrasts with Beijing’s lack of commitment to market access for foreign businesses, an issue that has confounded EU-China relations. 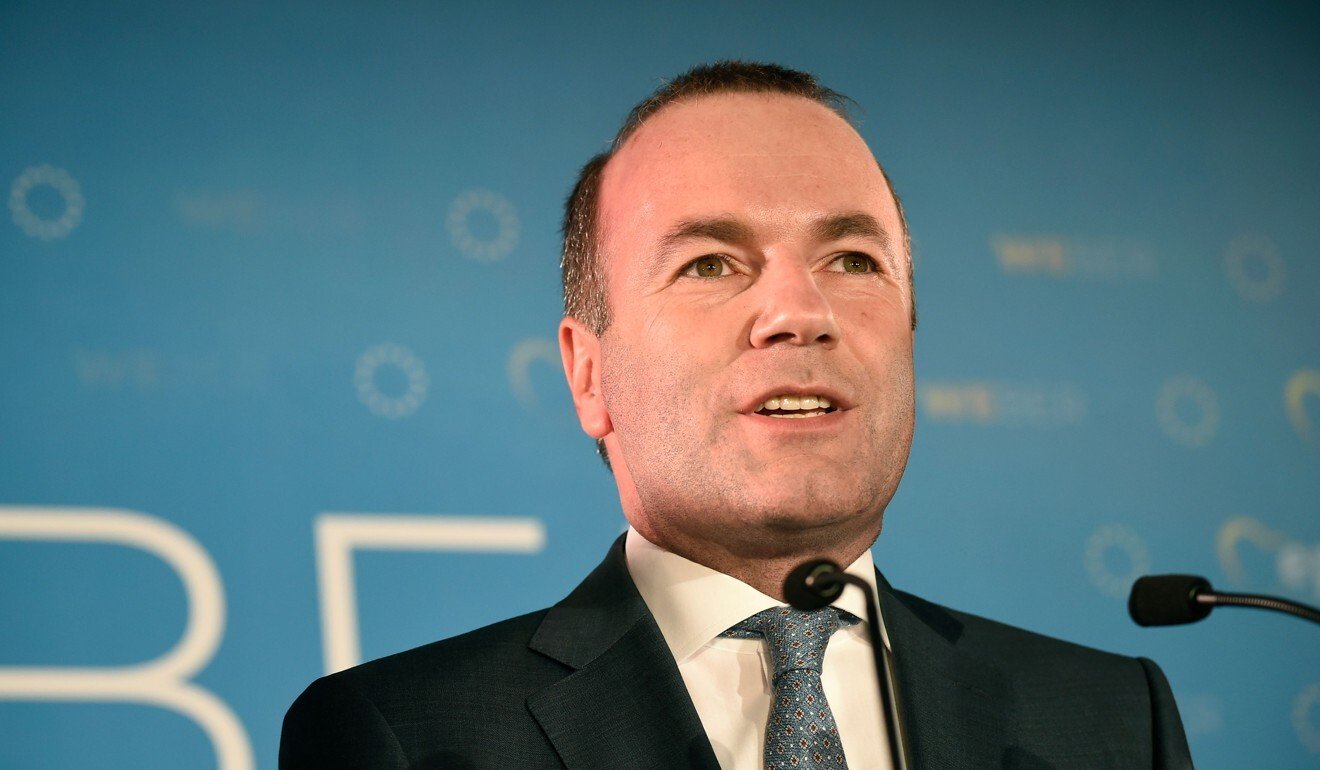 Weber shone a light on the combined economic might of the EU and the US, while casting China’s “increasingly centralised” political system as anathema to Western ideals.

“Together, the EU and the US account for 50 per cent of the world’s GDP,” Weber said. “I wouldn’t give a green light to all concrete steps taken by Donald Trump, but the general approach – to be tough; to use the economic power of the US; and to make clear to the Communist Party in China that things are changing and that we cannot do it like in the last three decades – that was absolutely right.

“I speculate Joe Biden will not change the general approach on content towards China,” he added.

Biden this week said he would work with allies to set global trading rules to counter China’s growing influence, but declined to say whether he would join the new China-backed Asian trade pact.

Apart from working with the US, Weber said it would also be necessary for Europe to build better trade defence mechanisms as it confronts China’s trade practices. He said the EU’s multibillion-euro budget for member states should not go into the hands of Chinese state-owned enterprises in areas such as construction or critical infrastructure.

“The EU-China trade relationship is full of conflict – 65 per cent of all trade defence measures from the EU are currently linked to China,” Weber said. “This gives you an idea that China is our biggest problem in the EU’s goal to have fair and normal trade relationships.”

The EU has continued to report a lack of progress from Chinese negotiators as the deadline looms to reach an investment agreement by the end of December. Should China fail to deliver concrete promises, Weber said the EU should consider barring Chinese companies from bidding for the EU’s lucrative public procurement sector, which accounts for 14 per cent of the bloc’s GDP.

“China must understand that these ongoing talks are crucial as they give us an idea whether China is ready to follow this partnership approach or not,” Weber said.

“It is, in a way, a symbol of whether China is ready to go a step in our direction or whether they continue their aggressive diplomacy in Europe on issues like Taiwan or the situation in Xinjiang. If we don’t see progress, things will get worse.” - South China Morning Post