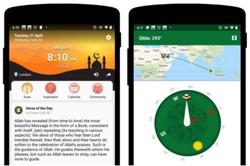 THE developers of Singapore-based Islamic smartphone app Muslim Pro said that while user data they collected might have been sold to the United States military through their data partners, they were not aware of this possibility and have from the start done their due diligence to protect the app’s nearly 100 million global users.

The article claimed Muslim Pro had sold its user location data to US data aggregation company X-Mode, which then sold it.

Such companies, also known as data brokers, collect data or buy it from other companies.

Representatives from the app’s developer, Bitsmedia, said in an exclusive interview yesterday that they did not deliberately sell such data to the United States military, but did not deny sharing its data with third-party data brokers.

Nik Emir Din, Muslim Pro’s head of business development and its country manager in Malaysia, said: “What we want to be very clear today is Muslim Pro has not sold any of our users’ data to the US military. This is something we’ve never done before. We are not doing right now.”

He later added: “The news that it may have been the case through a third-party provider was a massive shock, not only for users but actually all of us here as well.”

Vice had reported that the US military is buying private information gathered from apps around the world, including Muslim Pro.

Vice said Muslim Pro had sent location data of users to X-Mode, as well as other information like name of the Wi-Fi network to which a user’s mobile phone was linked, a time stamp and details about the phone, such as its model.

Bitsmedia said it works with technology partners like X-Mode by sharing data it captures from its users, as part of the app’s general operations to improve its services and for other reasons like mobile advertisement development – Muslim Pro’s main revenue.

When asked if Bitsmedia was aware of how these partners use the data shared with them, Nik said that the company’s checks before engaging these partners did not find anything suspicious.

“We have conducted due diligence and very thorough checks on them.

“And there was nothing for us to be aware of any sensitive business dealings in the past or present, ” said Nik.

Pressed repeatedly about the allegations that X-Mode had sold Muslim Pro’s data to the US military, Nik reiterated that his team had found no such indication of this – but had there been, they would not have worked together with X-Mode.

“We will take further action in the event that we discover that our trust, and the trust of our users, has been abused, ” he added.

Muslim Pro has terminated all relationships with such data partners, including X-Mode, according to a statement on its website on Tuesday. — The Straits Times/ANN 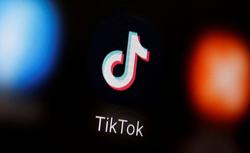