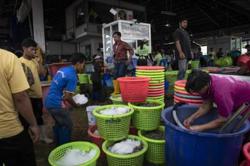 In this undated photo, Indonesian migrant workers in Saudi Arabia queue for an immigration check in their way to go home. - Tempo

JAKARTA (The Jakarta Post/ANN): Malaysian authorities along with officials from the Indonesian Consulate General in Kuching, Sarawak, rescued eight Indonesian migrant workers who were held captive by their recruiting agency last week.

"We carried out the rescue operation on Saturday at around 7pm along with Miri Police," Yonny Tri Prayitno, Indonesian consul general in Kuching, said on Monday (Nov 16). All of the rescued migrant workers were females aged 35 to 58 years old.

Authorities have charged the agency's boss, a female resident of Miri city, with human trafficking.

"We immediately communicated with related agencies and collected information about the victims. Afterward, we reported the case to the police in Sarawak and Miri," the consulate general wrote in a statement.

However, during a raid into the recruiting agency's office, authorities only found eight migrant workers at the location.

The suspect claimed that the remaining three migrant workers had been sent back to Indonesia, the statement read.

The eight migrant workers are currently in Miri Police custody for questioning.

"We'll continue to coordinate with Miri Police and monitor the case's legal proceedings," Yonny said as quoted by kompas.com. 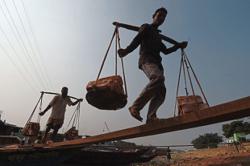