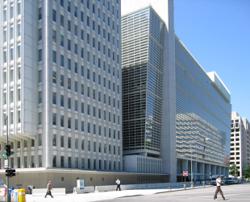 HANOI (AFP): Vietnam's fragrant noodle soups and fresh spring rolls have won fans across the globe, but mounting food safety scandals on the country's streets are sparking a rising tide of anxiety among millennials about what they eat.

"About two hours after lunch, I started feeling unwell. I went home and I started vomiting," she told Agence France-Presse.

Rushed to hospital by her husband, doctors told her there was only one explanation: food poisoning.

Tran did not eat out for a month after her scare, and frequent high-profile food safety scandals have fed others' fears.

In July, 14 people were taken to hospital in a severe condition after being poisoned by a vegan pate. Many experienced droopy eyelids and paralysed respiratory muscles.

As well as anxiety over hygiene standards, there is growing unease about high pesticide use for vegetables and herbs thrown in typical street food dishes such as fresh shrimp rolls and bun bo (dried noodles with beef).

Some 70 per cent of people aged 16 to 30 said food safety was their biggest concern -- ranking the same as job security -- when polled by the British Council in Vietnam this year.

"Banned pesticides are being used, the environment is polluted and agricultural products are being sent back after being shipped abroad," he told state media.

Problems with food safety cost Vietnam around US$740 million per year in productivity, the World Bank says.

But across the country, from lush countryside fields to tiny urban rooftop gardens, Vietnamese are doing what they can to ensure they eat safely.

Ngo Xuan Quyet, 26, used to sell pesticides for a living before switching to safe farming.

With the help of Rikolto, a non-governmental organisation that promotes safe food policies, he is trying to ensure that his lettuce, spring onions and herbs - grown with a strictly controlled dose of pesticides - make it into as many bowls of bun cha as possible.

"When I worked (at the pesticide company), I really got to know about the chemical substances in them," said Ngo, who studied agriculture at university.

"I learnt about the awful impact (of overuse)... and I started to want to grow safe vegetables," he said.

At the moment,"we are targeting workplace canteens, school kitchens and supermarkets but my goal is also to reach pregnant women, who very much need to eat quality food", he added.

Heavy metals found in soil or water used for agriculture in Vietnam may be a significant contributor to the incidence of some forms of cancer, the World Bank says, while heavy pesticide use may also have long-term impacts.

In southern provinces, between 38 and 70 per cent of farmers used pesticides higher than the recommended level in 2014 -- the latest figures available -- according to the Ministry of Agriculture. The amount of pesticide used in Vietnam has remained relatively stable since then, it says.

A ban on the import of herbicides containing glyphosate, classified as "probably carcinogenic" by the World Health Organisation, will come into force next year but it is unclear how rigorously it will be enforced.

Priced 10-20 per cent higher than standard vegetables, Ngo's produce is on sale at two major supermarkets in Hanoi.

A growing proportion of the county's urban consumers are willing to pay the extra, according to the World Bank, while some are largely turning their backs on traditional street food stalls.

Phan Thi Lien, an office worker in Saigon, increasingly sits down to a bowl of bun cha in a small restaurant rather than on the side of the road.

"I often come to restaurants, as state officials will check on these places, so it is safer than street food (stalls)," she says while eating lunch at Baba, a diner which tries to recreate the street food experience - but with guaranteed traceability of the food.

Many -and not just millennials -are also investing in their own personal food supply to ensure their health.

Madam Le Thi Thanh Thuy, 69, grows lettuce, morning glory and more than a dozen other vegetables on her roof in western Hanoi.

"During the summer, the vegetables I grow on the roof are enough for my family," she said, explaining that she spends up to two hours per day tending her crop.

"Sometimes the vegetables we buy at the market may look nice and fresh but we don't know their origin and what they used to grow them," she said.

For Ngo, the dream is to guarantee quality produce everywhere from the local wet market to the cheap-as-chips food stall on the street corner.

But he admits: "I think it will take a very long time." 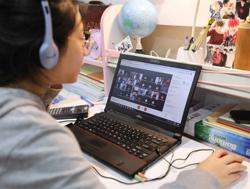 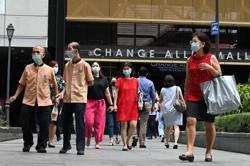