UNITED NATIONS, Nov 3 (Xinhua): The United Nations, its partners and the Philippine government are assessing damage from deadly typhoon Goni, which is now moving toward central Vietnam, UN humanitarians said on Tuesday.

Goni, the strongest tropical cyclone this year, made landfall in the eastern region of Bato, the Philippines, on Sunday with initial reports of at least 16 people dead in extensive flooding and damage to homes and infrastructure in Catanduanes and Albay provinces, said the UN Office for the Coordination of Humanitarian Affairs (OCHA).

Nongovernmental agencies, civil society, UN agencies and church groups are conducting an assessment in Albay Province following a request by local authorities. Some 18,000 farmers have been affected.

The worst-hit was the island of Catanduanes where the storm carried sustained winds of 225 km an hour and gusts of 225 km an hour, cutting off communications and electricity. Officials estimate at least 10,000 houses were either destroyed or damaged and 11 towns reported inaccessible.

Humanitarians from the United Nations are ready to support national search and rescue operations if not already responding with other humanitarians to deliver aid, OCHA said. A number of countries are willing to aid in the response. 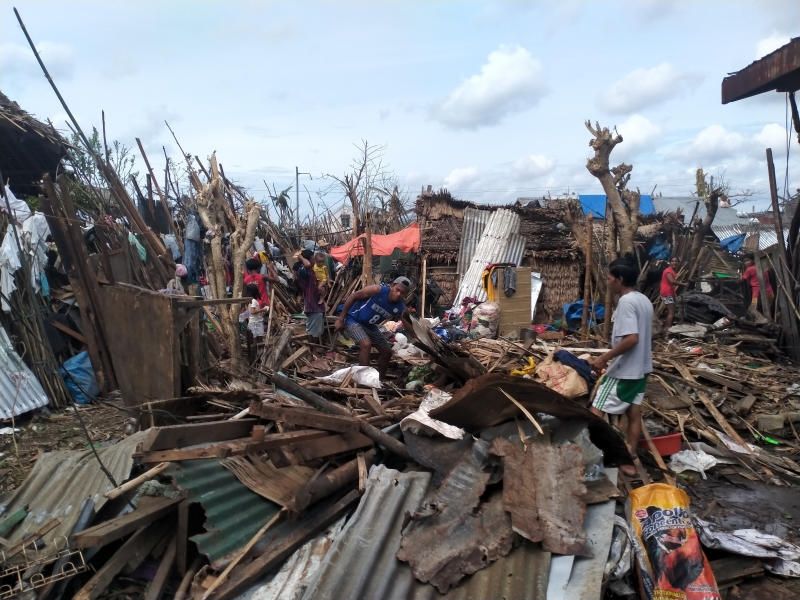 In central Vietnam, 300,000 homes have been flooded or damaged by a series of storms since early October, including typhoon Molave last week. Nearly 70 people were reported dead or missing.

Now, Goni is expected to become the tenth storm to hit Vietnam this year, OCHA said.

The UN over the weekend released the Vietnam floods response plan, calling for US$40 million to help 177,000 of the most vulnerable flood-affected people in the central provinces for the next six months.

Menawhile, Laos' weather authorities have warned that the super Typhoon Goni may hit the southeastern Asian country on Tuesday, after moving away from the Philippines.

According to a report from the Department of Meteorology and Hydrology under Lao Ministry of Natural Resources and Environment, Typhoon Goni is expected to reach Vietnam before hitting Laos between Wednesday.

Typhoon Goni formed over the western area of the Philippines, and it lashed across south of the Philippines' main island of Luzon on Sunday at speeds of up to 225 kilometers per hour near the center, causing about 16 deaths.

Southern Laos was hit by Typhoon Molave on last Wednesday, seeing strong winds and rainfall for many hours, which damaged trees, houses, and the farmland.

Some 51,000 hectares of farmland have been destroyed and damaged by heavy rains and flooding caused by the typhoon Molave in 12 districts of the Savannakhet province, according to the report. - Xinhua
Article type: metered
User Type: anonymous web
User Status:
Campaign ID: 1
Cxense type: free
User access status: 3