People sit spaced apart amid physical distancing markers as they wait for the start of a movie at CGV Cinemas theatre in Jakarta, Indonesia, Friday, Oct. 23, 2020. - AP

The ministry also said that 3,545 more people were discharged from hospitals, bringing the total number of recovered patients to 325,793.

The virus has spread to all the country's 34 provinces after being first detected in the archipelagic nation on March 2.

Head of Indonesia's national Covid-19 task force Doni Monardo on Tuesday acknowledged that the number of deaths caused by Covid-19 in the country still hovered above the global average.

However, Monardo said he was optimistic that the government would soon be able to reduce the virus-related fatalities through robust cooperation among health workers. 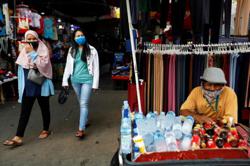 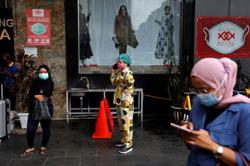