South Korea economy returns to growth in Q3 as stimulus kicks in; Covid-19 cases below 100

SEOUL, Oct 27 (Reuters/The Korea Kerald-ANN): South Korea's economy returned to growth in the third quarter, recovering from its sharpest contraction in more than a decade, as the government pushed through stimulus measures and major trading partners eased coronavirus restrictions.

Asia's fourth-largest economy grew a seasonally adjusted 1.9% in the September quarter from the June quarter, the Bank of Korea said on Tuesday, logging its fastest expansion since the first quarter of 2010.

That reverses a 3.2% decline in the second quarter, which was the sharpest since 2008, and beats a Reuters poll forecast of a 1.7% expansion.

Alex Holmes, an economist at Capital Economics, forecast a 1% contraction in GDP this year, noting ongoing risks from the severity of the pandemic in the United States and Europe.

"While this would be the worst performance since 1998, it would still make Korea one of the best performing economies in the world this year," he said.

The BOK, which has cut interest rates to a record low of 0.5%, has forecast a 1.3% contraction for the year, potentially the biggest contraction in more than two decades..

Finance Minister Hong Nam-ki said the GDP data confirmed the growth trajectory was beginning "to normalise, which is important in that it encourages we can overcome the crisis."

The government last month began rolling out the final of four extra budgets to inject a total of about 310 trillion won ($274.83 billion) of fiscal stimulus.

Exports soared 15.6% in the third quarter in sequential terms, rebounding the fastest since 1986 and reversing a 16.1% contraction in the second quarter. The construction sector was not as buoyant, though there were some signs that factory production is improving with manufacturing sector output up 7.6% from the second quarter.

On a year-on-year basis, the economy shrank 1.3% in the third quarter, after declining a revised 2.7% in the second quarter. 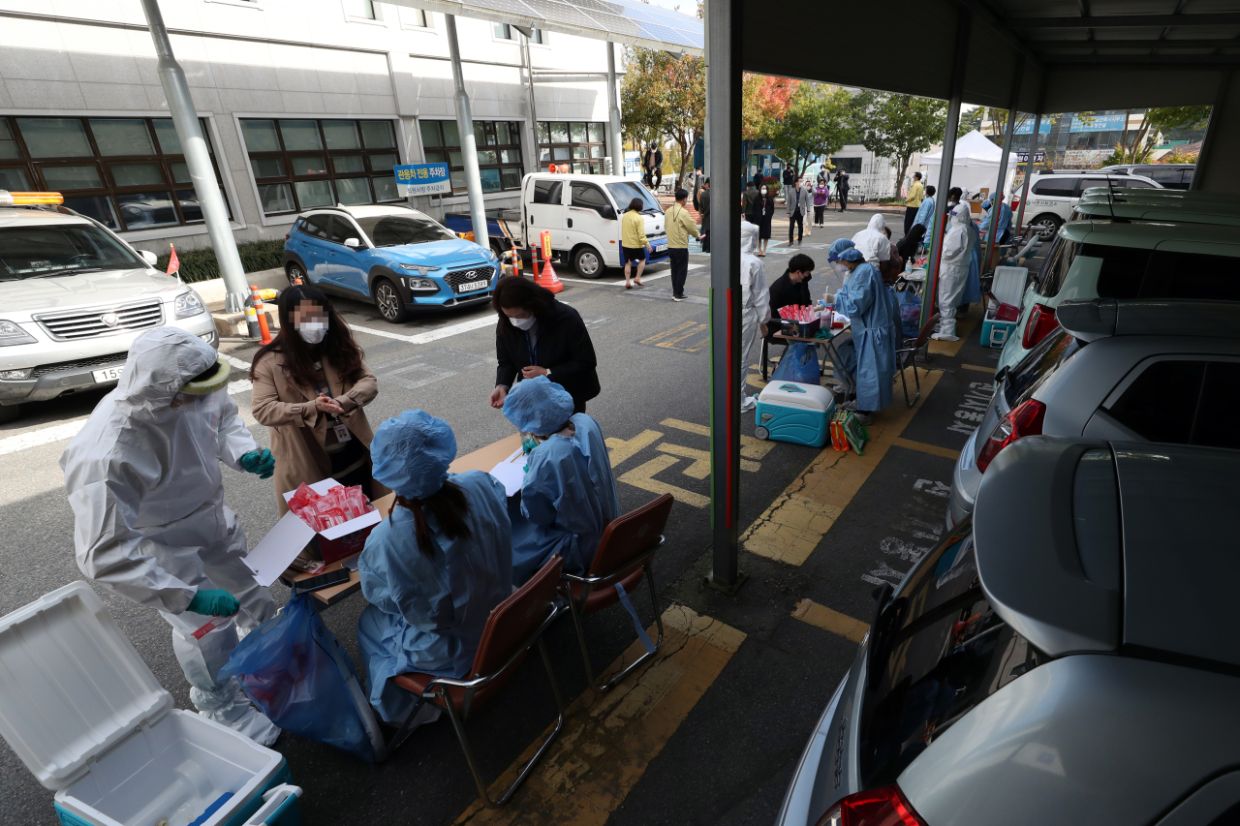 In August the BOK had revised its outlook to predict that the Korean economy would contract 1.3 per cent on-year in 2020, on the premise that the nation would attain at least 1.5 percent growth for the third and fourth quarters.

“Due to the higher-than-expected 1.9 percent growth for the third quarter, there is some room to expect an upward revision of the yearly growth outlook,” said Park Yang-su, economic statistics director at BOK, in a press briefing, as reported by The Korea Herald.

If the economy grows 0.4 percent or more during the final quarter, the country will likely reach the outlook figure or even move beyond it, according to Park.

The game changer was exports, which expanded 15.6 percent on-quarter on the back of improved business in the automobile and semiconductor industries. Imports also climbed 4.9 percent on-quarter, mostly in the crude oil and chemical goods sectors.

Following the BOK data release, Hong also said the economy was on the road to recovery.

“Based upon economic situations up to the third quarter, we may assess that (Korea) has successfully contained the COVID-19 spread and its consequences,” Hong wrote on Facebook.

Had it not been for the second wave of Covid-19 in mid-August, the country’s quarterly growth for July-September would likely have surpassed the 2 percent mark, extending the recovery signal detected late in the second quarter, he added.

The fiscal chief nevertheless vowed to keep a stern watch on global uncertainties.

“Our economy continues to face both favorable factors and risks in the fourth quarter,” he said.

“Considering the epidemic aggravation signals in Europe, the US presidential election and the US-China tension, we should not let our guard down.” 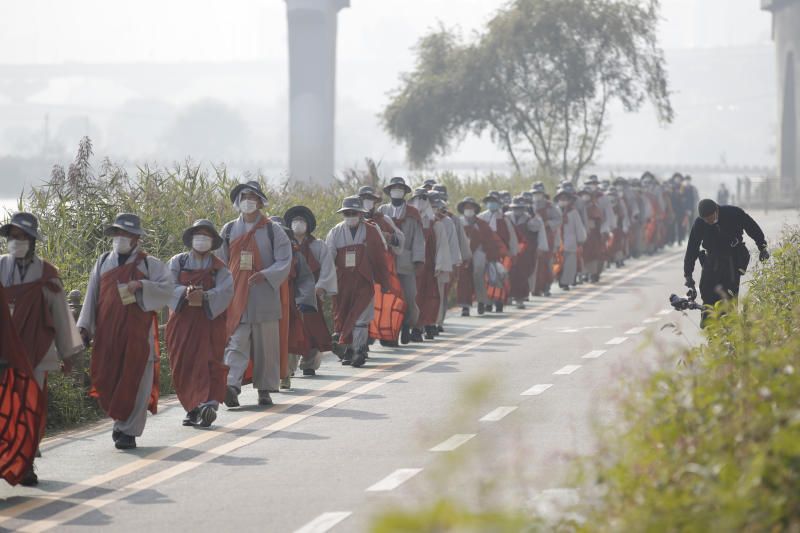 Of the cases, 72 cases were locally transmitted and 16 imported from overseas in the 24 hours ending Monday at midnight, according to the Korea Disease Control and Prevention Agency.

The daily case count has fluctuated around 100 for the past two weeks since the country eased antivirus restrictions. The tally climbed to 155 on Friday, the highest single-day rise since Sept. 17, fell below 100 over the weekend and shot up to 119 on Monday.

The daily average number of locally transmitted Covid-19 cases for the past week was 75.3 as of Monday, up 13 from the previous week, with most cases linked to hospitals and nursing homes. The figure for imported cases was 20 for the past week, up two from a week earlier.

Three major risks to the country’s antivirus fight are outbreaks traced to senior care homes, a continued influx of imported cases and the growing number of people taking part in fall activities such as hiking and picnics, KDCA chief Jung Eun-kyeong said at a briefing a day earlier.

Cases linked to nursing homes, hospitals, family and social gatherings continue to rise, with new clusters of infections found a day earlier at a welfare facility.

Of Tuesday’s locally transmitted cases, the majority were in Greater Seoul – 24 in Seoul, 27 in Gyeonggi Province, which surrounds the capital, and two in Incheon.

Six cases were posted in Gangwon Province, five each in South Gyeongsang Province and Daejeon, two each in Incheon and South Jeolla Province, and one in North Chungcheong Province.

Of them, 11 were identified while the individuals were under mandatory self-quarantine in Korea, with the other five detected during the screening process at the border. Three cases were from elsewhere in Asia, while six were from Europe and seven were the United States. Of the 16 cases, 10 involved foreign nationals.