Prime Minister Nguyen Xuan Phuc visiting residents at the Hien Ninh Commune, Quang Ninh District, in Quang Bình Province. The province is the worst flooded area in the central region and Phuc called for support for people affected by natural disasters to quickly overcome the consequences of the flood. - Vietnam News/Asian News Ne

HANOI, Oct. 25 (Vietnam News/ANN): The death toll from landslides, floods and other natural disasters triggered by downpours in Vietnam's central and central highlands regions since early October has climbed to 130, with another 18 people missing, the country's Central Steering Committee for Natural Disaster Prevention and Control said on Sunday.

The fatalities, up from 119 reported on Saturday, were mainly reported in the provinces of Quang Tri, Thua Thien Hue and Quang Nam, according to the committee's latest report.

Meanwhile, some 1,500 hectares of rice fields and more than 7,800 hectares of other crops were submerged or damaged by the floods, said the committee, adding that some 934,800 cattle and poultry animals have been killed or swept away in flood water.

Prime Minister Nguyen Xuan Phuc has also underlined the urgent need to get life back to normal for people in flood-hit areas in the central region.

During his working trip to Quang Bình Province, the worst flooded area in the central region, PM Phuc called for support for people affected by natural disasters to quickly overcome the consequences of the floods.

The Government has sent many missions to the central region to work with regional localities to tackle the consequences of floods and provide essential goods and medicines to residents, and necessary rescue equipment, he said.

He praised rescue forces and authorities for taking timely actions in their work and ensuring traffic progress in the locality.

The country also recorded 12 new confirmed cases of Covid-19 on Saturday, bringing its total tally to 1,160 with 35 deaths, said the health ministry.

The new cases are all Vietnamese nationals, aged from 22 to 77, who recently returned from abroad and were quarantined upon arrival, said the ministry.

The ministry said two more patients have been given all-clear, raising the total number of recoveries to 1,051.

Meanwhile, over 14,100 people are still being quarantined and monitored in the country, the ministry said.

Vietnam has gone through 52 straight days without any Covid-19 cases in the community, according to the ministry.

Meanwhile, the transport ministry has asked relevant authorities and agencies to ensure that all people wear face masks at airports, bus stations, train stations, piers and public transport as part of the efforts to prevent and control the Covid-19 pandemic. - Vietnam News/Asian News Agency 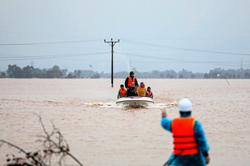 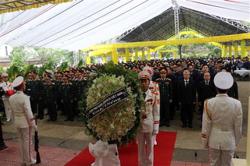