SINGAPORE, Oct 24 (The Straits Times/ANN): Singapore will stage a live sporting event with fans for the first time since the coronavirus pandemic next Friday (Oct 30), as 250 spectators will be allowed inside the Singapore Indoor Stadium for One Championship's Inside the Matrix fight event.

The mixed martial arts promotion announced this on Friday (Oct 23) and said tickets will cost S$148, with a safe seating plan, adding it comes after it had successfully held a closed-door production in the Republic on Oct 9.

That was its first show here since Feb 28, also without any fans in attendance.

The Government announced on Tuesday that participants in some mass events will have to take an antigen rapid test for Covid-19 and obtain a negative result before admission, under a new pilot meant to help the country resume more activities safely.

This rapid test will be used at next week's One event.

Cases have been under control in Singapore over the past month.

Based on its investigations so far, two of these cases are in the community, and one resides in a dormitory.

There were also 11 imported cases, who had been placed on stay-home notices upon arrival in Singapore.

The large-scale events will be identified by the Government from mid-October to December this year, and will include business-to-business events, wedding receptions, live performances and sports events, the Ministry of Health had noted.

With no community spread in recent days, Piotr Chlebicki, an infectious diseases specialist at Mount Alvernia Hospital Singapore, believes that this is the right time for Singapore to start with such test events, especially with the strict measures in place.

"With all kinds of precautions being taken, it would be very okay to try it (allow a small group of fans to watch the event live). Sooner or later we will have to try more of these events because of the good situation," he said.

While he feels that the measures for the Oct 30 event are sufficient, he stressed that organisers should limit attendees to those from the local community. Dr Chlebicki also feels that there is little room for error as this will be a litmus test for other mass events to follow.

He said: "The challenge is that they will be the first and they will be very carefully watched so they have to make sure everything is done properly.

"Because based on the success of such smaller-scale events, there will be a lot of other events like family events, weddings, which may be allowed later based on the performance of such test events."

The mixed martial arts event will also be televised live on the official One Super App, Mediacorp's Channel 5 and meWatch App and across One's international broadcast and digital media partner's properties.

Other live sports here have been allowed to resume.

The Singapore Premier League football competition, the country's only professional league which had been suspended since March, restarted on Oct 17 behind closed doors. - The Straits Times/Asian News Network 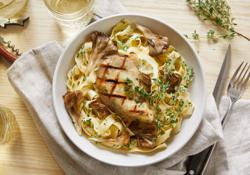