Bandar Seri Begawan (Oct 24): The Sultan of Brunei's son Prince Haji ‘Abdul’ Azim of Brunei (pic) passed away on Saturday at 10.08am, it was confirmed by Brunei's state broadcaster Radio Television Brunei in an official announcement and also the Borneo Bulletin.

The young prince was 38-years-old.

"Sultan Haji Hassanal Bolkiah's son Prince Hj Abdul Azim passed away on 17th of Rabi ul awal (October 24,2020) at 10:08 am local time. The funeral will take place during Asr prayers this evening," said the announcement, which was announced in Brunei Malay.

Fourth-in-line to succeed to the throne of Brunei, he was the second born prince of Sultan of Brunei Hassanal Bolkiah.

According to reports, a source from Brunei said: "HRH Prince Hj Abdul Azim had been in hospital for a while and his death was announced on radio this morning."

The source added that the country is in seven-day mourning and everyone is supposed to wear white.

His Wikipedia page read,"Prince Azim passed away on Oct 24,2020 after a long illness. The official announcement of his passing was announced later the day he passed away."

The news also surfaced on Twitter accounts and many people shared their deepest condolences.

According to Borneo Bulletin, the late prince was laid to rest at the Royal Mausoleum in the capital today after the Asar Prayers.

People and residents of of Brunei ere required to hoist the national flag at half-mast starting today and begin a period of seven-day mourning. 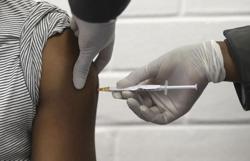