SINGAPORE, Oct 23 (Reuters): Singapore's chief justice said on Friday he would allow an investigation into a complaint of alleged misconduct against two public prosecutors brought by a former maid who was acquitted of stealing from her prominent ex-employer.

The rare move to probe the conduct of public prosecutors in the city-state comes after Singapore's high court last month overturned a 2016 conviction against Parti Liyani, an Indonesian maid charged with stealing from the household of Liew Mun Leong, the former chairman of Singapore's Changi Airport.

The court had said there was an "improper motive" for mounting the allegations against Parti.

Liyani had sought disciplinary proceedings against the two deputy public prosecutors in her case over the manner in which they led evidence and made certain submissions.

"The central consideration in the present case is the need to uphold the proper administration of justice and to safeguard the integrity of the public service," Chief Justice Sundaresh Menon said in his decision. A disciplinary tribunal will be appointed to look into the case, he added.

The case, which stoked a backlash against Liew and led to his resignation, highlights the hurdles faced by migrant workers in getting access to justice when faced with legal trouble, rights groups say.

The police, the manpower ministry and the Attorney-General's Chambers (AGC) are reviewing their handling of the case, the law minister K Shanmugam has said.

The deputy public prosecutors did not oppose the application for a probe and "welcome the chance to present a full and transparent account of what transpired during the trial involving Parti Liyani, and will cooperate fully in any inquiry" the AGC said.

With the help of non-governmental organisation HOME and the pro bono services of her lawyer Anil Balchandani, Liyani successfully appealed against her conviction and sentence of 26 months in jail for stealing S$34,000 ($25,000) worth of items such as watches and designer bags. 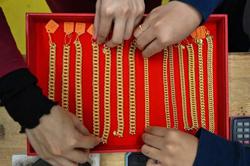