A LANDSLIDE sparked by heavy rains has killed 11 miners in Indonesia, authorities said, marking the latest in a string of deadly mining accidents across the South-East Asian archipelago.

The victims were about 20m underground at an unlicensed coal mine near a village in South Sumatra province when the accident happened on Wednesday.

“The ground wasn’t firm because heavy rains have hit the area recently, ” said Ansori, an official with the local disaster mitigation agency, who like many Indonesians goes by one name.

“It was also a traditional mining site so safety regulations were generally ignored, ” he added yesterday.

The bodies of all the victims have been recovered, Ansori said.

Unlicensed mines are common across mineral-rich Indonesia and the scene of frequent accidents.— AFP 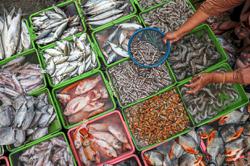