TOKYO, Oct 23 (dpa): Japan and Britain signed a free trade agreement on Friday that is to come into force at the end of the current post-Brexit transition period.

It paves the way for the agreement to begin on January 1, after Britain ceases to be bound by EU trade rules.

The deal is still subject to scrutiny by the parliaments of both countries.

The UK-Japan Comprehensive Economic Partnership Agreement (CEPA) was agreed in principle last month and hailed by Britain as its first major trade deal since it formally left the European Union.

The agreement is expected to boost British trade with Japan by an estimated 15.2 billion pounds (US$19.5 billion), the British government said last month.

The agreement largely corresponds to the existing free trade agreement between Japan and the EU.

Britain formally left the EU on January 31 and entered a transition period until the end of the year, during which it still belongs to the EU single market and customs union.

While Japanese companies welcome the agreement, they are also concerned over whether London will really be able to reach an agreement with the EU for the period after the end of the transition period. - dpa
Article type: metered
User Type: anonymous web
User Status:
Campaign ID: 18
Cxense type: free
User access status: 3 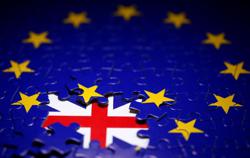