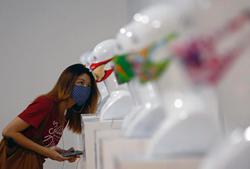 The omnibus Bill, passed into law on Oct 5, has sparked widespread public protests and labour strikes as it is considered to be undermining labour rights and weakening environmental protection. - Reuters

JAKARTA (The Jakarta Post/ANN): The International Monetary Fund (IMF) has raised concern over environmental protection -- or the lack thereof -- in the Job Creation Law, calling on the government to ensure sustainable growth.

While the new omnibus law would ease restrictions that had been identified as obstacles to job-creating investment and higher productivity, which could boost growth and reduce poverty, one concern related to environmental standards, said IMF mission chief for Indonesia Thomas Helbling.

"The implementing regulation that is now underway should be guided by the need to ensure sustainable and inclusive growth," he told The Jakarta Post through email on Wednesday (Oct 21). "It should be applied in a consistent and transparent fashion."

The omnibus Bill, passed into law on Oct 5, has sparked widespread public protests and labour strikes as it is considered to be undermining labour rights and weakening environmental protection.

Protests entered their third week as thousands of students and workers took to the street on Tuesday.

Businesses considered low-risk will only need to register before they begin operations, according to the new law.

Investment permit procedures by provincial and local governments will be standardised, with the central government able to take over in certain cases.

The law raises the fines for environmental damage, with those burning forests facing 15 years of imprisonment and fines of 7.5 billion rupiah (US$511,000).

"There have been strong (environmental) concerns among long-term investors like ourselves over the reforms, which may weaken efforts the government has pursued over many years," Sumitomo Mitsui representative director Yoshio Hishida wrote in a letter to Deputy Foreign Minister Mahendra Siregar, a draft of which was seen by the Post.

"While we recognise the necessity for reform of business law in Indonesia, we have concerns about the negative impact of certain environmental protection measures affected by the omnibus bill on job creation," Netherlands-based asset manager Robeco senior engagement specialist Peter van der Werf said as reported by Reuters.

Meanwhile, Moody's said the relaxation of reporting standards for businesses that had acquired approval for their environmental impact analysis and the eased restrictions on clearing peatland for palm oil plantations could "deter foreign investment that was increasingly focused on environmental, social and governance-driven goals and responsible commodity production".

In a statement published on Oct 16, the World Bank said the omnibus law was a "major reform effort to make Indonesia more competitive and support the country's long-term aspiration of becoming a prosperous society", adding that removing burdensome restrictions on investment would help attract investors, create jobs and fight poverty.

"Consistent implementation of the law will be critical and will require strong implementing regulations to ensure inclusive and sustainable economic growth as well as concerted efforts by the government of Indonesia and other stakeholders," the US-based lender added.

Meanwhile, Fitch Ratings sovereign analyst for Indonesia Thomas Rookmaker said the law marked a significant enhancement of the business climate and a step forward for labour market flexibility, which should improve the country's international competitiveness if implemented properly.

"The reforms will put Indonesia in a better position to capitalize on shifts in global manufacturing supply chains," he wrote in an op-ed article published by the Post titled "Omnibus law boosts Indonesian growth prospects". 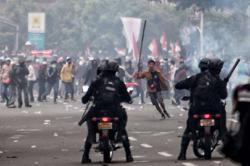 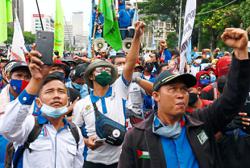